At this point, it's difficult to say who is more foolish: Macron or the people who voted for him. https://t.co/qPHybxeUkA pic.twitter.com/Ew5F82y3gh

– Emmanuel Macron Blames France for the Rise of Islamic Radicalisation:

French President Emmanuel Macron has blamed France for the rise of Islamism and said the Republic was not good enough for “youths”, as he outlined a series of social programmes for the country’s migrant-dominated, low-income neighbourhoods.

“Radicalisation has taken hold because the French Republic has resigned,” Macron said on Tuesday in the northern French city of Tourcoing, near Lille, as he outlined 15 social policy plans.

Focusing on the banlieues (low-income housing projects), which are home to large Muslim populations and were known for mass riots a decade ago, the French president said: “I will never confuse the few thousand radicalised and the millions of inhabitants of these neighbourhoods.”

Acknowledging that “in many of these troubled territories, radicalisation has taken hold”, he said that that fact should lead the nation to “question itself”.

Emmanuel Bonaparte: Macron Declares He Will Govern Like a Roman God https://t.co/IQpkKgSIZs

“This radicalisation happened because the Republic gave up,” Macron told the crowd in Tourcoing. “And we allowed, in too many cities, too many districts, representatives of a distortion of a religion who are full of hate and disenfranchisement to provide solutions that the Republic no longer gives.”

The former Socialist party member pledged to “restore” the French Republic, because, “I cannot ask a young person to believe in the Republic when it is not up to par.”

Macron also unveiled his social plans whilst visiting the Paris suburb of Clichy-sous-Bois on Monday.  The suburb was in the headlines earlier in the year as being one of several neighbourhoods in the high-migrant populated French department of Seine-Saint-Denis that erupted into riots after the alleged assault of a young man by police officers.

France has seen dozens of Islamist terror attacks in the past three years, with many of the jihadis coming from or having connections with “no-go zones” like Seine-Saint-Denis, including the Belgian-born mastermind of the November 2015 Paris attacks, Abdelhamid Abaaoud who was shot dead, along with two accomplices, whilst hiding in Saint-Denis.

Two years after the 2015 Paris attacks, where 130 people died and more than 350 were wounded at coordinated attacks at the national football stadium, the Bataclan concert hall, and at bars and restaurants across the city, some survivors and victims’ families snubbed President Macron at the memorial on Monday.

The globalist former banker axed the ministerial office for terror victims created by his predecessor, François Hollande, which was established to help survivors. Many of them accused Macron of failing to understand their trauma.

Michael Dias, 32, whose father, Manuel, 63, was killed after three suicide bombers detonated their devices outside the Stade de France, said: “President Macron has tried to ensure that the victims are forgotten by getting rid of the junior ministerial post that was dedicated to them and then reducing financial help for some categories of victims.” 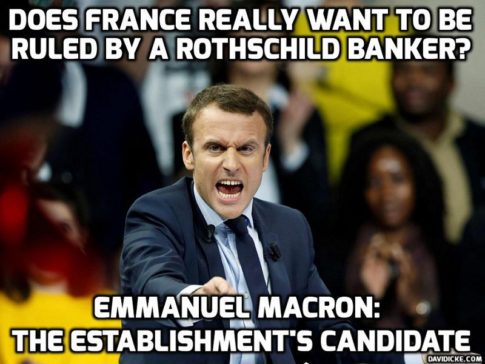