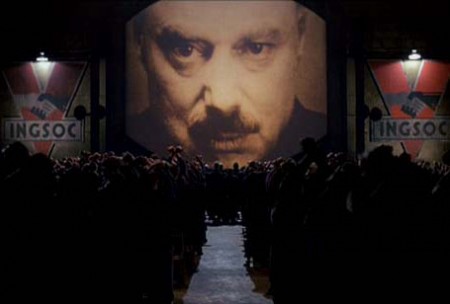 Like America, Britain is unfit and unsafe to live in – both countries police states, serving privileged interests exclusively, allied in waging wars OF terror in multiple theaters, along with abolishing fundamental homeland freedoms.

She’s spearheading a Tory effort to criminalize readership of so-called extremist content online – punishable by up to 15 years in prison.

The same holds for anyone publishing content Tories call extremist, especially about Britain’s military, intelligence services and police that could be considered related to preparing terrorist acts.

“I want to make sure those who view despicable terrorist content online, including jihadi websites, far-right propaganda and bomb-making instructions, face the full force of the law,” Rudd blustered, adding:

“There is currently a gap in the law around material (that) is viewed or streamed from the Internet without being permanently downloaded.”

“This is an increasingly common means by which material is accessed online for criminal purposes and is a particularly prevalent means of viewing extremist material such as videos and web pages.”

A Home Office analysis showed thousands of online ISIS tweets and other material over the past year.

Unmentioned was US and UK support for the terrorist group, recruiting, arming, funding, training and directing its fighters, using them as imperial foot soldiers in Syria, Iraq and elsewhere.

The way to end extremist online content from ISIS and likeminded terrorist groups is by no longer supporting them, combating their fighters instead of using them.

It criminalizes being a member of, supporting, or wearing clothing arousing suspicion of involvement with a proscribed group. Dozens named are nearly all Muslim ones.

Commenting on the proposed measure, Law Professor Jonathan Turley noted that “civil libertarians have warned that Great Britain has been in a free fall from the criminalization of speech to the expansion of the surveillance state.”

Tories aren’t “satiated by their ever-expanding criminalization of speech. They now want to criminalize even viewing sites on the Internet.”

“As always, officials are basically telling the public to ‘trust us, we’re the government.’ “ Criminalizing readership of online content amounts to “an anti-civil liberties campaign.”

If readership of material Tories call unacceptable is criminalized, what’s next?

Turley quoted from Orwell’s 1984 as follows:

“We are different from all the oligarchies of the past, in that we know what we are doing. All the others, even those who resembled ourselves, were cowards and hypocrites.”

“The German Nazis and the Russian Communists came very close to us in their methods, but they never had the courage to recognize their own motives.”

“They pretended, perhaps they even believed, that they had seized power unwillingly and for a limited time, and that just round the corner there lay a paradise where human beings would be free and equal.”

“We are not like that. We know that no one ever seizes power with the intention of relinquishing it. Power is not a means; it is an end.”

America, Britain and other Western nations are heading toward instituting full-blown tyranny.

Perhaps another state-sponsored 9/11-type incident will assure it.