Dr. George Levinskas, who joined Monsanto in 1971 and became Director of Environmental Assessment and Toxicology, was a lead player in the cover up of the carcinogenic potential of the now banned PCBs in the 1970s.

In April 1985 he wrote an internal company letter stating the following: “Senior management at the EPA is reviewing a proposal to classify glyphosate as a class C “possible human carcinogen” because of kidney adenomas in male mice. Dr. Marvin Kuschner will review kidney sections and present his evaluation of them to the EPA in an effort to persuade the agency that the observed tumors are not related to glyphosate.”

1985: In the summer of 1985, Monsanto successfully created genetically modified petunia plants tolerant of small amounts of Roundup “but not to the amounts that farmers typically spray on weeds.”

In October of that year, Comai’s team published their own work in Nature. Still, neither group produced anything that could be commercialized.

In 1989, three companies struck a deal: Agracetus, Asgrow and Monsanto. Up until this point, Monsanto had trouble transferring genes into the most valuable crops on the market, corn and soybeans, using its existing method of genetic engineering.

Agracetus offered a new method, called a gene gun. In hopes of using it on soybeans, Agracetus had approached Asgrow, a leading soybean seed company. The two approached Monsanto because they needed a gene worthy of engineering into Asgrow’s soybeans. Monsanto gave them free access to the Roundup Ready gene.

1991: EPA change classification of glyphosate from Class C “Suggestive evidence of carcinogenic potential” to Class E which suggests “evidence of non-carcinogenicity for humans”

The Class C carcinogen classification for glyphosate, which was decided upon in 1985, was changed by the EPA to a Class E category which suggests “evidence of non-carcinogenicity for humans”. Mysteriously this change in glyphosate’s classification occurred during the same period that Monsanto was developing its first Roundup-Ready (glyphosate-resistant) GM Crops.

1992: Pioneer pay Monsanto for use of Roundup resistance gene

Pioneer (DuPont) paid a one-time payment of half a million dollars for the rights to use Monsanto’s Roundup resistance gene in its soybeans forever. Monsanto’s profit would come entirely via the additional sales of Roundup it would gain.

Roundup Ready soybeans were commercialized by Asgrow in coordination with Monsanto and separately by Pioneer (DuPont).

In 1996, the first year genetically engineered (GE), glyphosate-tolerant crops were planted commercially in the U.S., glyphosate accounted for just 3.8% of the total volume of herbicide active ingredients applied in agriculture (28 million pounds in 1995).

2007: Glyphosate usage is more than double that of the next most heavily sprayed pesticide – Atrazine.

By 2007, the EPA reported agricultural use of glyphosate in the range of 180–185 million pounds. In the 20-year timespan covered by EPA sales and usage reports (1987–2007), glyphosate use rose faster and more substantially than any other pesticide. Usage in the range of 81.6–83.9 million kilograms, which occurred in 2007, was more than double the next most heavily sprayed pesticide (atrazine, 73–78 million pounds; ~33.1–35.4 million kilograms).

For over a decade, glyphosate-based herbicides have been, by far, the most heavily applied pesticides in the U.S.

2010: Glyphosate was patented in the U.S. by Monsanto as an antibiotic.

This patent has led to major concerns about possible harm being caused by glyphosate including the killing of beneficial gut bacteria which causes immune system damage.

In 2012 the French Professor Gilles-Eric Seralini published his famous toxicity study, which showed how rats fed on a diet containing NK603 Roundup tolerant GM maize or given water containing Roundup, at levels permitted in drinking water and GM crops in the U.S., suffered severe liver and kidney damage.

This was not the first independent study showing the possible damage being caused to health by glyphosate-based herbicide but it was the most high profile long-term study.

2014: Glyphosate usage booms even more in the U.S.

Since genetically modified crops were introduced in 1996 glyphosate use had increased 9-fold in the U.S. and 15-fold worldwide by 2014.

By 2014, annual farm-sector glyphosate usage increased to approximately 240 million pounds (~108.8 million kilograms), based on average annual crop use reported by the NASS. Available use data published by the USDA, USGS, and EPA show that a surprisingly large share (approximately two-thirds) of the total volume of GBH applied since 1974 has been sprayed in just the last decade.

IARC also concluded that there was “strong” evidence for genotoxicity, both for “pure” glyphosate and for glyphosate formulations.

In a unique public testing project carried out by a laboratory at the University of California San Francisco (UCSF), glyphosate was discovered in 93% of urine samples during the early phase of the testing in 2015.

The urine and water testing was organized by The Detox Project and commissioned by the Organic Consumers Association.

Glyphosate was found at alarming levels in a wide range of best-selling foods across the U.S., Food Democracy Now! and The Detox Project announced in November 2016.

This peer-reviewed study led by Dr Michael Antoniou at King’s College London using cuting edge profiling methods describes the molecular composition of the livers of female rats administered with an extremely low dose of Roundup weedkiller over a 2-year period. The dose of glyphosate from the Roundup administered was thousands of times below what is permitted by regulators worldwide. The study revealed that these animals suffered from non-alcoholic fatty liver disease (NAFLD).

This study is unique in that it is the first to show a causative link between consumption of Roundup at a real-world environmental dose and a serious disease condition.

2017: Internal Monsanto and EPA communications, released during a growing number of Roundup cancer court cases, reveal the reality of the 30+ year glyphosate cover-up

The internal company e-mails show how Monsanto has colluded with the EPA to play down glyphosate safety concerns, admitted that Roundup / glyphosate could possibly cause cancer and other harm to human health and also attempted to silence the work of Professor Seralini.

You Can Download a PDF version of ‘A Short History of Glyphosate’, By Henry Rowlands, here 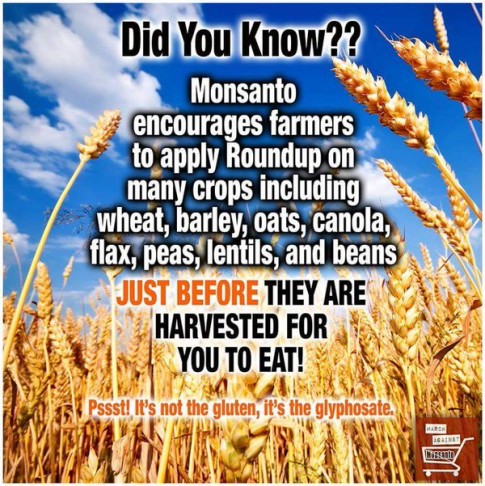 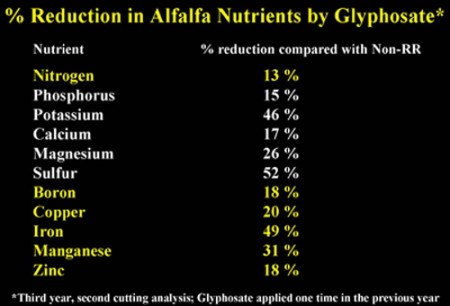 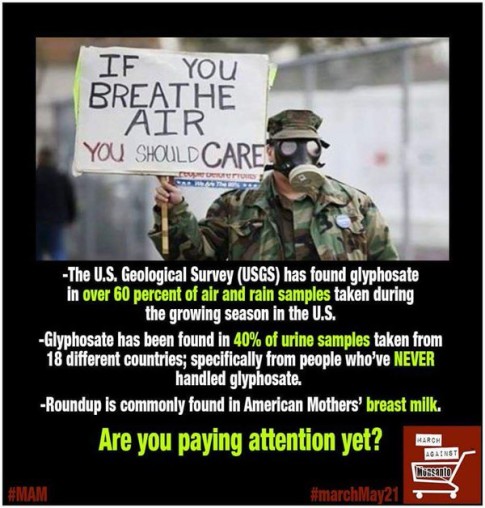