Authorities recommended chains and winter tires for motorists travelling on the E6 motorway near Dovre after heavy snowfall this morning. Yes, chains! And winter tires. In September. 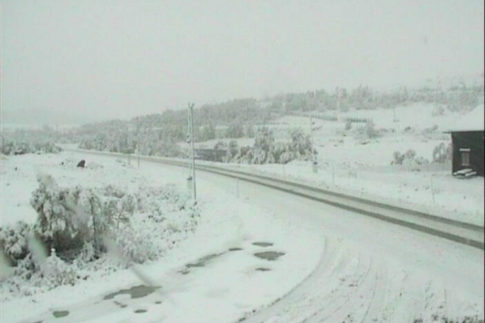 “The snowfall comes early in the autumn, when many motorists are still using summer tyres,” said The Local, a Norwegian website (link below).

Heavy snowfall was also reported in the Strynefjellet and Sognefjellet areas with “winter conditions” in “all mountain connections in Hedmark and Oppland counties,” according to NPRA updates on Twitter.