… and they are all Freemasons.

And by the way both Bill Clinton AND Donald Trump are friends with Jeffrey Epstein AND Ghislaine Maxwell, who procured those young women for Epstein.

– Catherine Austin Fitts: HOW TO SAVE OUR NATION & OUR LIVES BEFORE IT’S TOO LATE – Two Sets of Books at HUD – This Is a Farm and We Are Being Harvested:

In an earlier interview with Catherine Austin Fitts, the discussion was brought up over where HUD money has been possibly siphoned off to. Catherine Austin Fitts suggested that private defense contractors (what has been referred to as a “parallel system of finance” controlled by the “deep state”) had taken over HUD and were running it. There was according to Catherine Austin Fitts, “$3.3 trillion missing From HUD (Housing and Urban Development) and the Department of Defense (DoD) in Fiscal Years 1998 thru 2000”.

If this is the case, and many believe it is, state governments are purportedly having to cut back millions of dollars from their annual budgets because money is supposed to be so tight. Yet U.S. federal department budgets do not account for fiscal systems they are responsible for by “orders of magnitude more than individuals have any practical knowledge or experience of”. So they are contracted out to private contractors like Serco and Lockheed Martin managing HUD. How can there be any genuine responsibility, integrity or legitimacy in the system of corporate governance practiced in America when HUD is being run by private defense contractors?

Take this into consideration of President Donald J. Trump’s proposed FY2018 defense budget request of $639.1 billion. To keep covert operations, drug running, and secret research ongoing, is this where all this missing HUD money being managed by private defense contractors like Lockheed Martin ($1 billion contract for HUD IT systems) is being siphoned off to?

HUD SECRETARY DR. CARSON FINDS A MERE HALF A TRILLION IN ERRORS… 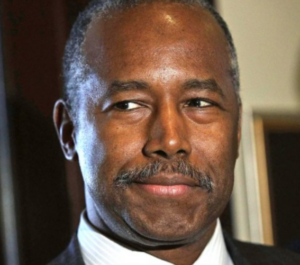 Housing and Urban Development Secretary Ben Carson has gotten down to business.

The results of a new, independent audit of the last years of President Barack Obama’s term — 2015 and 2016 — show an incredible mismanagement of funds and a wealth of errors.

“The total amounts of errors corrected in HUD’s notes and consolidated financial statements were $516.4 billion and $3.4 billion, respectively. There were several other unresolved audit matters, which restricted our ability to obtain sufficient, appropriate evidence to express an opinion.”

That is a lot of waste, fraud, and abuse.

The audit continues, noting exactly why they made a “check-up” of the department:

“Our objective was to express an opinion on the fairness of HUD’s consolidated financial statements in accordance with U.S. generally accepted accounting principles (GAAP) applicable to the Federal Government. This report presents our reissued independent auditor’s report on HUD’s fiscal years 2016 and 2015 (restated) consolidated financial statements, including an update to our report on HUD’s internal controls.”

So is it harvesting time? 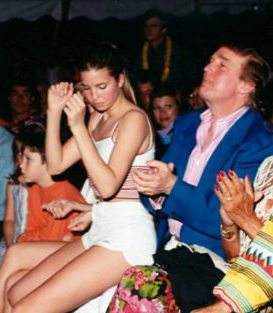