Here you can look up all articles tagged “CBD”: 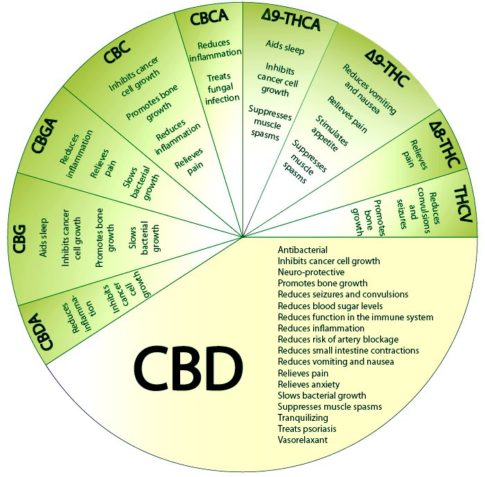 A 12-year-old girl with a rare form of epilepsy has stopped suffering from life-threatening seizures after doctors treated her with cannabis oil.

Annalise Lujan, from Tucson in the US state of Arizona, was participating in a gymnastics competition on 2 April when she was suddenly unable to walk, according to her mother Maryann Lujan.

The next morning, she was struck with seizures and rushed to intensive care where she was hooked onto a ventilator and put into a medical coma, KVOA reported.

Doctors at Phoenix Chidren’s Hospital have since diagnosed the young girl with a form of epilsepy known as Febrile Infection-Related Epilepsy Syndrome (Fires). The disease affects only one in one million children.

The condition generally strikes children of school age, who suddenly suffer up to hundreds of seizures a day within a fortnight of contracting a mild febrile illness, like a cough or cold, according to the US charity RareDiseases.org.

Experts believe the little-understood condition is caused by inflammation in the body or a autoimmune disorders.

In a first for Phoenix Children’s Hospital, medics sought permission from the US Food and Drug Administration and the Drug Enforcement Administration to treat Lujan with the marijuana derivative cannabidiol (CBD).

After 48-hours, Lujan’s seizures stopped and she woke up.

CBD is an active ingredient in cannabis, but does not cause a person to become high. In a study by experts at New York University and Great Ormond Street Children’s Hospital in London, cannabidiol was found to halve seizures in adults and children suffering with epilepsy.

“She was afraid. She cried. And, I whispered to her that she was very strong, she’s beautiful, and she’s strong, and she needed to keep breathing, and she did,” Maryann told KVOA.

Lujan’s family are currently raising money to continue her treatment using a GoFundMe page. They have so far received $16,700 of their $100,000 goal.

“It is absolutely heartbteaking and terrifying to see this helpless and innocent young girl stricken by such an insidious and devasting disease [sic],” wrote Lujan’s second cousin Margaret Geittmann on the page.

“Any financial help received will be applied to her soaring hospital bills and rehabilitation,” she added.

Lujan’s treatment comes after the first NHS prescription for medical marijuana was given to Billy Caldwell, an 11-year-old with severe epilepsy.