– Putin Ready To Give Congress Transcript Of Trump-Lavrov Conversation To Prove No Secrets Were Revealed:

As the quest to unearth just what Trump told Russian foreign minister Lavrov continued, an unexpected development emerged on Wednesday morning, when none other than Russian president Vladimir Putin said that Trump did not share any classified information or state secrets to foreign minister Sergey Lavrov, and to prove it he was ready to hand over a transcript of the talks between Putin and Lavrov to Congress if the White House requests it. 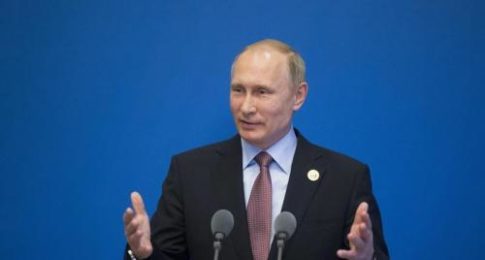 Speaking at a news conference alongside Italian Prime Minister Paolo Gentiloni, Reuters reported that Putin quipped that Lavrov had not passed what he said were the non-existent secrets onto him either. Putin said Russia was ready to hand a transcript of Trump’s meeting with Lavrov over to U.S. lawmakers if that would help reassure them.

“If the US administration deems it possible, we are ready to provide the Senate and Congress with the transcript of the conversation between Lavrov and Trump,” Putin said at a press conference, following a meeting with the Italian prime minister on Wednesday.

While initially Reuters reported that Putin was ready to give a “recording” of the conversation, a subsequent clarification by Reuters quoted a Kremlin aide Yury Ushakov who says “Putin is prepared to provide a transcript, not audio recording, of Trump and Lavrov meeting.” Arguably, that’s because the last thing the White House needs right now is someone else recording conversations.

As for the reason behind Putin’s generous offer: the Russian president said that the latest reports about Trump revealing security secrets to Russian Foreign Minister Sergey Lavrov have become “political schizophrenia”, and Russia is willing to help resolve these, adding Russia highly appreciates results of Trump-Lavrov talks.

“We are seeing in the US a developing political schizophrenia,” Putin said quoted by RT. “There is no other way I can explain the accusations against the acting US president that he gave away some secrets to Lavrov.”

Those who “are destabilizing the internal US political situation using anti-Russian slogans either don’t understand that they are bringing this nonsense in on their own side, and then they are just stupid, or else they understand everything, and then they are dangerous and corrupt people,” Putin said.

“Anyway, this is a US matter, and we don’t want and don’t plan to interfere,” the Russian president said.