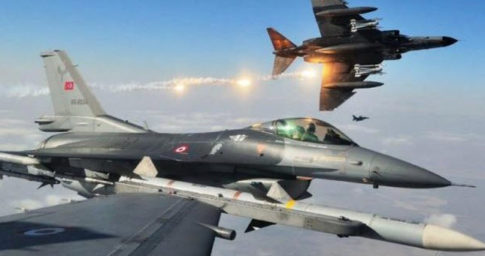 As KeepTalkingGreece reports, airspace violations are a common practice by Ankara to reiterates its unfounded claims in the Aegean Sea.

The  Turkish aircraft were identified and intercepted by Greek fighters, while in nine cases the interception process resulted in near combat situations (dog fights).

The vessels, which were taking part in a maritime exercise code-named Deniz Kurdu (Seawolf), stayed in Greek territorial waters for about 20 minutes.

Contacted by EURACTIV.com, an EU spokesperson sent a strict message to Turkey, urging that it respect the sovereignty of the EU’s member states.

The same official added that negative statements that damage good neighbourly relations should also be avoided.

“Moreover, the EU also stresses the need to respect the sovereignty of member states over their territorial sea and airspace,” the spokesperson told EURACTIV.

“At the Informal Meeting of Foreign Ministers (Gymnich) of last 28 April, the EU High-Representative and Vice-President Federica Mogherini recalled that good neighbourly relations are one of the core principles which Turkey is called upon to respect as a candidate country,” the EU official concluded.