With President Trump placing his faith in China’s ability to keep its neighbor under control – through threats, promises, or oil embargoes – it appears, according to unconfirmed rumors spreading widely on Chinese social media Tuesday, that North Korea just got its final warning.

As Korea Times reports, Chinese news outlets have previously said Beijing could turn its back on Pyongyang if the latter conducted a sixth nuclear test. But the rumor that China has given North Korea a final warning has drawn particular interest from Weibo users. 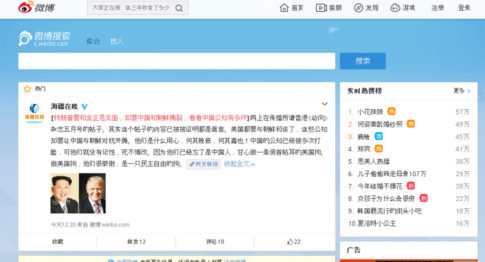 China has sent a final warning to North Korea over its military provocations.

It said a Chinese Ministry of Foreign Affairs junior minister invited Park Myung-ho, an official of North Korea, for a meeting. China’s Foreign Minister Wang Yi attended the meeting and asked his junior to read aloud the warning to the North over the nuclear test.

The memorandum mentioned that China will condemn strongly, pull back on all economic cooperation and even blockade North Korea if it conducted the test.

A Chinese netizen said: “Maybe the bond between the nations is not that strong as we thought. North Korea is completely surrounded by enemies now.”

The Chinese government did not provide any explanation or correction to the rumor, but this follows reports of China’s embassy warning citizens in North Korea to “return home” as fears grow of escalation with the US.