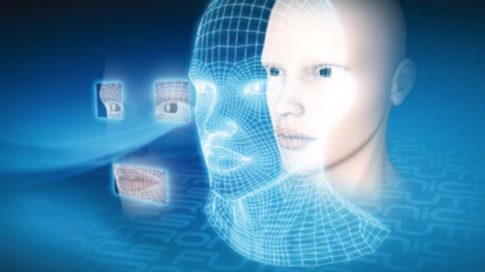 – Half Of American Adults Exist In A Government Accessible Facial Recognition Network:

This is a topic I’ve written about occasionally over the years. A recent article published by Vocativ adds some interesting information to the discomforting trend.

Half of all American adults are already in some sort of facial recognition network accessible to law enforcement, according to a comprehensive new study.

Conducted over a year and relying in part on Freedom of Information and public record requests to 106 law enforcement agencies, the study, conducted by Georgetown Law’s Center on Privacy and Technology, found American police use of facial recognition technology is a scattered, hodgepodge network of laws and regulations.

“Looking at the sum total of what we found, there have been no laws that comprehensively regulate face recognition technology, and there’s really no case law either,” Clare Garvie, an associate at the CPT, told Vocativ. “So we find ourselves having to rely on the agencies that are using that technology to rein it in. But what we found is that not every system — by a long shot — has a use policy.”

That so many American adults are in at least one facial recognition database is largely due to the fact that at least 26 states, and likely more, share their Department of Motor Vehicles databases with the FBI, state police, or other law enforcement agencies, the study found. Compounded with that, police often have access to mugshot databases. Garvie’s study found that most law enforcement agencies don’t purge such records, even if the arrested suspect is found not guilty, unless a court orders it. The sole known exception is the Michigan State Police, which does expunge photos after a set amount of time.

The report also found that more than one in four law enforcement agencies have access to some sort of facial recognition capability, meaning either that the agency possesses such software or it has some sort of partnership with a police intelligence agency that does. The West Virginia Fusion Center, for example, a Charleston-based coalition of federal and local law enforcement, possesses software that matches individuals in video footage with a database of still photographs. Not only does it share information with the FBI, West Virginia State Police, and city and county departments, it may grant access to 77 other fusion centers across the country.

“These systems are used on law-abiding Americans without their knowledge or consent in most cases,” Garvie said.

It’s important to understand that the above is just one piece of a much larger puzzle. For example, as we learned in last year’s post, “This is No Longer Fiction” – The Era of Automatic Facial Recognition and Surveillance Is Here:

Today in the US there’s a massive but invisible industry that records the movements of cars around the country. Cameras mounted on cars and tow trucks capture license places along with date/time/location information, and companies use that data to find cars that are scheduled for repossession. One company, Vigilant Solutions, claims to collect 70 million scans in the US every month. The companies that engage in this business routinely share that data with the police, giving the police a steady stream of surveillance information on innocent people that they could not legally collect on their own. And the companies are already looking for other profit streams, selling that surveillance data to anyone else who thinks they have a need for it.

Already the FBI has a database of 52 million faces, and describes its integration of facial recognition software with that database as “fully operational.” In 2014, FBI Director James Comey told Congress that the database would not include photos of ordinary citizens, although the FBI’s own documents indicate otherwise. And just last month, we learned that the FBI is looking to buy a system that will collect facial images of anyone an officer stops on the street.

Last year, the US Department of Commerce tried to prevail upon industry representatives and privacy organizations to write a voluntary code of conduct for companies using facial recognition technologies. After 16 months of negotiations, all of the consumer-focused privacy organizations pulled out of the process because industry representatives were unable to agree on any limitations on something as basic as nonconsensual facial recognition.

Don’t expect to have access to this technology for yourself anytime soon. This is not facial recognition for all. It’s just for those who can either demand or pay for access to the required technologies — most importantly, the tagged photo databases. And while we can easily imagine how this might be misused in a totalitarian country, there are dangers in free societies as well. Without meaningful regulation, we’re moving into a world where governments and corporations will be able to identify people both in real time and backwards in time, remotely and in secret, without consent or recourse.

As you can see, one of the key aspects of an increasingly pervasive use of facial recognition technology is the total lack of regulation or informed consent that goes along with the collection and use of this intimate personal information. It’s a total wild, wild west environment where both corporations and government basically think they can do whatever they want. Indeed, they will continue to do exactly that until we the people make enough of a stink about it.