A healthy body cannot get sick and cannot be conquered.

First you have to destroy the people’s health in order to make them sick.

TPTB are experts on how to do exactly that. 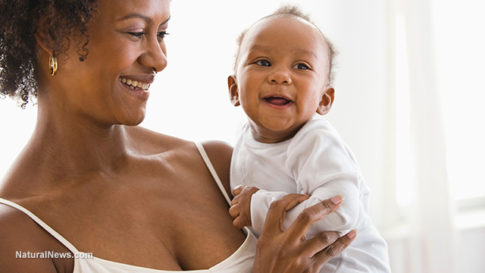 Evidence that the Zika virus causes birth defects is weak at best, as most studies linking the two are based on “epidemiological statistics, not rigorous scientific studies of cause and effect,” as the Health Ranger observed in recent months.

The U.S. Centers for Disease Control and Prevention reports that Zika, transmitted primarily through the Aedes Aegypti mosquito, can be passed from a pregnant women to her fetus, resulting in an infection that may cause certain birth defects.

The agency maintains that a Zika infection during pregnancy can result in microcephaly, a severe birth defect causing decreased head circumference and smaller brain size.

The link between Zika and birth defects came into question over the summer months, after doctors in Brazil admitted that another cause may be to blame because the expected outbreak of defects never occurred.

“We suspect that something more than Zika virus is causing the high intensity and severity of cases,” Fatima Marinho, director of information and health analysis at Brazil’s Health Ministry, told the journal Nature.

Zika infections continued to rise, but birth defects did not, according to reports.

Planned Parenthood joined the controversy looking to capitalize on the Zika hysteria. It quickly began advocating for abortions among women purportedly at risk for infection. Already, the agency has launched efforts in Miami, going door-to-door offering information about abortion services.

“Planned Parenthood and the rest of the abortion industry were quick to insert themselves into the medical crisis because they’re absolutely desperate to link abortion to any perceived common good and they thought the Zika virus was their ride to glory,” Life News reports.

New study finds no link between Zika and birth defects

Now, a new and more expansive study has been released, finding that the Zika birth defect link may be premature.

Published in the New England Journal of Medicine, the research observed nearly 12,000 pregnant women infected with Zika living in Colombia. None of them had given birth to a baby with microcephaly.

“Four cases of microcephaly were reported with women who didn’t have Zika symptoms and were not part of the study, which is consistent with the normal expected number of cases,” Life News reports.

“Based on estimated numbers there should be about 60,000 pregnant women in Colombia with the Zika virus, yet there are hardly any cases of microcephaly. If the link to Zika is legitimate, there should have been a dramatic increase in the number of babies with microcephaly.”

Larvicide may be linked to birth defects

Experts are now left wondering what the actual cause may be. Some theorize that pesticides could be the culprit, since these are widely and recklessly used in South America, including Brazil, the birth defect epicenter.

One of the chemicals of most concern is pyriproxyfen, a larvicide that kills mosquitoes by interfering with their reproductive development. The chemical possibly has an effect on developing babies, as well.

Furthermore, pyriproxyfen was applied in areas with concentrated rates of microcephaly. The chemical was even put into the drinking water in Pernambuco, a state in Brazil at the center of the epidemic.

“The chemical was sprayed and added to the water just before the outbreak of microcephaly,” Life News adds.

“These early findings aren’t conclusive, but they do open the distinct possibility that Zika may not be the cause of the increase in microcephaly cases. We must follow the research to see where it leads and respond effectively while we protect pregnant women and their unborn babies regardless of the child’s disability.”