“This document should not be emailed or handed to anyone outside of the building.  Please only give campaign staff these best practices in meetings or over the phone.”

“Be a Partner & Lead From Behind.  BLM needs partners to achieve their agenda and they want to be a part of the conversation.”

“However, BLM activists don’t want their movement co-opted by the Democrat Party.  They are leary of politicians who hijack their message to win campaigns.”

“Do not say ‘all lives matter’ nor mention ‘black on black crime’.  Such phrases are “viewed as red herring attacks,” and such a response “will garner additional media scrutiny and only anger BLM activists.” noting that “This is the worst response.”

According to RT News, Perry no longer works for the DCCC and is now a member of the Hillary campaign. 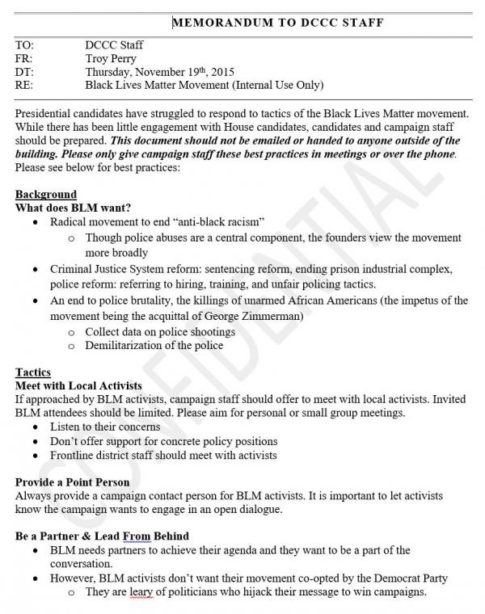 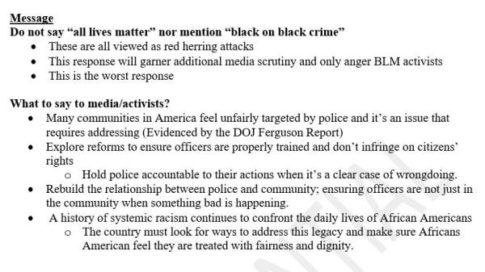 Another controversial memo was written by DCCC Executive Director Kelly Ward to DCCC Chair Steve Israel of New York ahead of a Congressional Hispanic Caucus BOLD Political Action Committee weekly breakfast in October 2013.  Within the memo, Ward notes several sore points that the CHC has with the congressional committee including the ““lack of Hispanic staff at the DCCC, particularly at senior levels.”  Per RT News:

The biggest problem is the “lack of Hispanic staff at the DCCC, particularly at senior levels,” she wrote, noting several ways in which the committee is addressing their concern, including asking Israel to acknowledge the work of the DCCC’s CHC liason, “who has played a critical role in our Hispanic outreach efforts this cycle.” Ward also asked him to mention open positions with the committee.

“CHC members are divided on their support of DCCC’s Candidate Mayor Pete Aguilar (CA-31).  It is in your talking points to acknowledge their divided support for Baca/Aguilar,” she wrote. “The CHC Members might ask you about Luz Robles, UT-02 Latina candidate. DCCC’s political team has been in contact with CHC BOLD PAC staff regarding this race, although it is not a competitive district.” 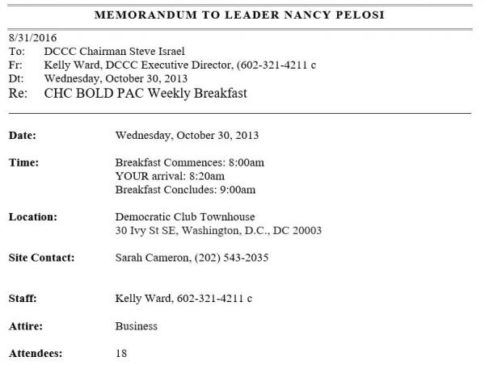 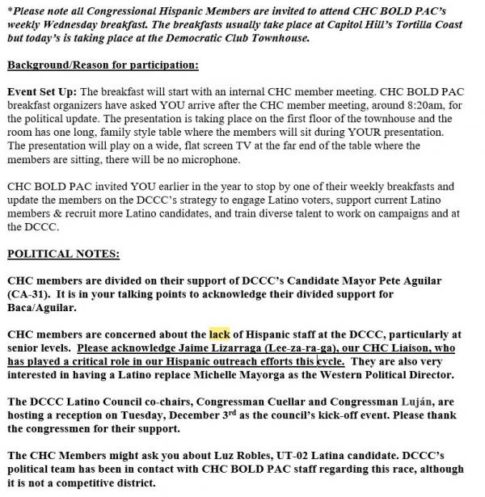