“What is suggested is that the files were copied by someone with access to a system connected to the DNC internal network, and that this action had no bearing on the files submitted to Wikileaks and were most likely unassociated with Seth Rich, and definitively not remotely “hacked” from Russia.”

– This Is How Much It ‘Costs’ To Get An Ambassadorship: Guccifer 2.0 Leaks DNC ‘Pay-To-Play’ Donor List 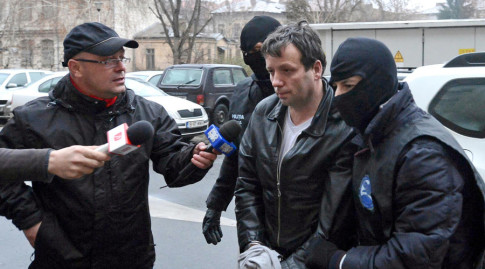 The Twitter account of Guccifer 2.0, the hacker who claimed responsibility for leaking a trove of Democratic National Committee documents, was suspended less than 24 hours after dumping fresh sensitive DNC data.
On Friday, the hacker wrote a blog post taking credit for a fresh leak from the Democratic Congressional Campaign Committee.

He published an excel spreadsheet containing the mobile phone numbers and email addresses of every Democrat in the House of Representatives, as well as passwords to DCCC files to substantiate his claim.

The hacker, who had actively been using Twitter to publicize his leaks, has since had his account suspended.

WikiLeaks claims that the suspension was related to the publication of the DCCC documents.

According to so-called experts, the Romanian (as he described himself) hacker Guccifer 2.0 is really a Russian (even though there is still not a shred of evidence to confirm this) who several weeks ago provided a trove of 20,000 emails to Wikileaks, which exposed the corruption at the Democratic National Committee as it rigged the primary election on behalf of Hillary, further revealing just how deeply in bed the DNC and the “independent” media were.

As of this afternoon,  the “Russian” has made it possible for millions of American to contact their Democratic representative instantly, after he released an excel spreadsheet on his blog – obtained from hacking the DNCC – which includes the personal cell phone number, physical and email address as well as full personal information for some 200 congressional Democrats.

On his WordPress blog, Guccifer 2.0 says the following:

– Assange: “A Lot More Material” Will Be Released:

One month ago, when Wikileaks’ Julian Assange told ITV’s Richard Peston that he would publish “enough evidence” to indict Hillary Clinton, few took him seriously. And while Hillary has not been indicted – yet – last Friday’s leak has already managed to wreak havoc and has led to revelations of cronyism and collusion within the Democratic party and the media, the resignation of the DNC Chair Debbie Wasserman Schultz, as well as chaos on the first day of the Democratic convention.

Hence, why we believe Assange will be taken more seriously this time.

– Maybe Putin Did It After All: Trail Emerges Linking DNC Email Hack To Russia:

So far we have taken the widely propagated “scapegoat” theory that the DNC email hack came from Russia as an amusing sideshow meant to distract from the real question at hand: after all, with Debbie Wasserman Schultz’s resignation, she confirmed that it is not who released the emails that was critical, but what was in them.

And yet, now that the damage has been done, the question emerges: was Putin behind it after all? After all, we proposed this very possibility in early May in “You Know Those Missing Hillary Emails? Russia Might Leak 20,000 Of Them” and then again in mid-June in “Russia Is Reportedly Set To Release Clinton’s Intercepted Emails” even though the alleged hacker – and the person who admittedly originally leaked the Wikileaks email trove- was the self-identified Romanian hacker Guccifer 2.0.

Read moreMaybe Putin Did It After All: Trail Emerges Linking DNC Email Hack To Russia

In the aftermath of the fallout from the DNC server hack, the Democrats have been scrambling how to redirect public anger (especially among Bernie Sanders supporters) from the revelations that not only did the Democratic party try everything in its power to sabotage Bernie Sanders presidential bid, but also colluded with various “impartial” media outlets as well as breach fundraising rules in the process.

And, as of this morning, it appears that the solution they have decided upon is not to explain or even justify the scandalous actions, but to simply blame Russia for the hack.

– UPDATE: What Does Guccifer Know About Hillary’s Email And Why Did He Get Such A Sweet Deal From Prosecutors?:

Romanian hacker Guccifer struck a deal with prosecutors and pleaded guilty in Federal court recently. What does that mean for the FBI’s case on Hillary Clinton? And what information does Guccifer hold that allowed him to strike such a quick agreement?

At least two different sets of sealed documents were filed in the case against Romanian hacker Marcel Lehel Lazar, who goes by the moniker Guccifer.

Read moreUPDATE: What Does Guccifer Know About Hillary’s Email And Why Did He Get Such A Sweet Deal From Prosecutors? 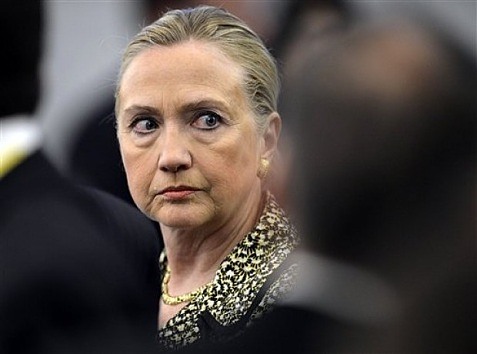 Submitted by Andrew Napolitano via LewRockwell.com,

The bad legal news for Hillary Clinton continued to cascade upon her presidential hopes during the past week in what has amounted to a perfect storm of legal misery. Here is what happened.

Last week, Mrs. Clinton’s five closest advisors when she was Secretary of State, four of whom remain close to her and have significant positions in her presidential campaign, were interrogated by the FBI. These interrogations were voluntary, not under oath, and done in the presence of the same legal team which represented all five aides.

Read more‘Guccifer’ And The Kremlin’s 20,000 Hacked Emails – In The Eye Of Hillary’s Perfect Storm 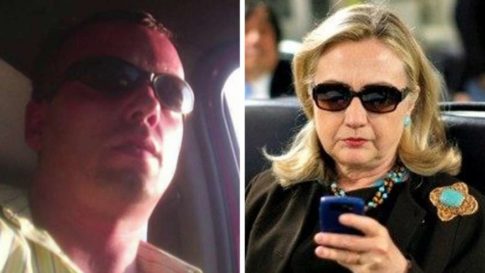 – Romanian hacker Guccifer: I breached Clinton server, ‘it was easy’:

“For me, it was easy … easy for me, for everybody,” Marcel Lehel Lazar, who goes by the moniker “Guccifer,” told Fox News from a Virginia jail where he is being held.

Marcel Lazar Lehel, aka Guccifer, is escorted by masked policemen in Bucharest after his arrest in 2014

– Hacker ‘Guccifer,’ who uncovered Clinton’s private emails, to be extradited to US:

Guccifer, the infamous Romanian hacker who accessed emails of celebrities and top US officials, will be extradited to the United States, after losing a case in his home country’s top court.

Reuters reports that Lehel will come to the US under an 18-month extradition order, following a request made by the US authorities. Details of the extradition have not been made public, however.

Read moreHacker ‘Guccifer,’ who uncovered Clinton’s private emails, to be extradited to US

While the Hillary Clinton email fiasco is sure to be the talk of the town for the next few days, weeks, and months and may have seriously jeopardized the former SecState’s chances at becoming America’s next president, an even more important story is how the revelation that Hillary exclusively used a private, unencrypted and unsupervised email for 4 years of state-level, official business communications, emerged in the first place.

The answer, shockingly, comes courtesy of a Romanian hacker who was known by the handle “Guccifer”, and who is currently serving time in a Bucharest prison for his online attacks against countless public figures including the infamous leaks of George W. Bush personal paintings.