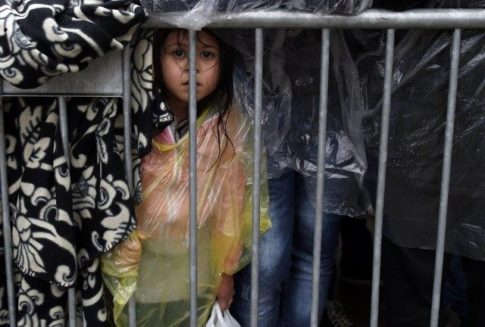 As the number of underage migrants coming to Europe grows, many cannot afford the trip and end up in the hands of organized criminal gangs who force them into prostitution.

A club in Dortmund is attempting to tackle this problem. The “Midnight Mission” club is located in a small house in a rough area, but for the girls living there it is preferable to a life of sexual slavery. The director of the Midnight Mission club claims that due to their migrant background many of the young girls and boys slip through the cracks, reports Frankfurter Allgemeine Zeitung.

Joyce is one of the migrants currently under care in the home. At 17 she fled Gambia to Germany after her family forced her to marry a local man. Director of the club Andrea Hitzke said that Joyce story is typical among migrants, “Joyce ran away from home and came to traffickers,” she said. Hitzke noted that the traffickers told Joyce that her costs could be paid later and that she would easily be able to pay them back as jobs and educational opportunities in Europe were easy to find.

Joyce arrived in Italy after leaving Africa from Libya as tens of thousands have done per week this year. Libya has become the number one hot spot for mass migration into Europe largely due to instability within the country. Some estimate that there are hundreds of thousands of migrants simply waiting on the Libyan coast for the right time to make for Europe.  Joyce made a break for Germany only after getting pregnant from one of her captors and was directed to the centre by a man at the Dortmund train station.

“We are the only club in Germany targeted at under-age girls in prostitution,” Hitzke claims. Cases of underage prostitution in Germany are relatively rare with only 147 cases in 2015 though Hitzke believes that the real number could be much higher. She says that most social workers try to tackle problems in schools and homes rather than on the streets or nightclubs as many underage prostitutes are homeless, or don’t go to school.

In 2015 some 6,000 underage migrants went missing according to the German federal government, leading some to believe they are at high risk for forced prostitution.

One analyst has even raised fears that many children may be used for organ trafficking.

Underage migrants have also become a problem in Germany as many young men who are – or pose as – underage commit crimes and even when their asylum applications fail the German government is finding it nearly impossible to deport them.