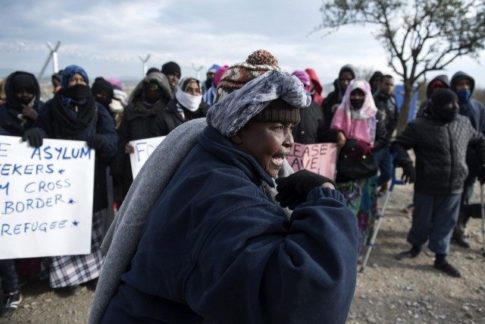 Documents show that George Soros’ Open Society Foundations has spent 1.8 million dollars to improve the image of Somalians in Europe and to combat Islamophobia.

Newly leaked documents form the Open Society foundation by site DC Leaks show the organized web of funding that George Soros and Open Society have become infamous for. One particular report shows funding for an initiative to promote the image of Somalians in Europe who, according to the report are in the top ten most discriminated people on the continent. According to the foundations the real problem is the image of Somalians in the media and not the problems that have led to the creation of that image.

“Political and media coverage of Somalis was largely negative, focusing on piracy, terrorism, FGM, and abuse of the welfare system,” the report states. Somali men have garnered this image due to discrimination according to the report. While piracy along the horn of Africa is well known, there have been many cases of Somalians being involved in sexual assaults on minors, and people trafficking.

Other cases including the of murder by a Somalian man who posed as a minor and murdered asylum worker Alexandra Mezher earlier this year have also generated negative press. The Somalian was able to avoid jail after a psychiatric report deemed him unfit for prison and he was remanded into psychiatric care.

Open Society makes it clear that they are in favour of mass migration into Europe writing, “The recent refugee ‘crisis’ has been notable in its utter failure to understand that Europe is no longer a continent of emigration but one where immigration has been a fact for the last 60 years.” The group claims that “The surge of arrivals” during the ongoing the migrant crisis, “has exposed the gap between everyday multi-cultural living in European cities and the rhetoric of its politicians who deny that diversity is a reality.”

The funding for the pro-Somali migrant projects across Europe totals some 1.8 million dollars and is broken up into grants for smaller non-governmental organizations, direct advocacy and policy reports in which the foundations hires academics and others to write favourable pro-migrant reports.

Even the BBC was included in the report with the author noting that the foundations had been able to influence the British broadcaster in Leicester writing, “Sept 2014: Interview with BBC Radio Leicester leading to a commitment by the station to improve Somali representation in the media.” The foundations donated a sum of 25,000 dollars to the Media Trust in order to get Somali migrants jobs in local media by using the money to train them.

Earlier this year the BBC broadcast a Somalian radio play that caused outrage as it gave out tips for would-be illegal migrants who were thinking of making the trip to Europe. The play received millions of pounds of British tax payer’s money and may have been partially inspired by Open Society’s pledge to improve the image of Somalians in European media.