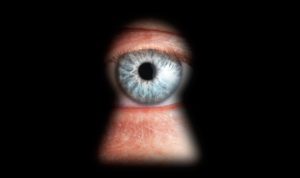 – Meet the Company That Claims to Have a Profile on Every American Adult:

Below are a few excerpts from an article recently published by Bloomberg. At the very least, it’s something to be aware of.

Forget telephoto lenses and fake mustaches: The most important tools for America’s 35,000 private investigators are database subscription services. For more than a decade, professional snoops have been able to search troves of public and nonpublic records—known addresses, DMV records, photographs of a person’s car—and condense them into comprehensive reports costing as little as $10. Now they can combine that information with the kinds of things marketers know about you, such as which politicians you donate to, what you spend on groceries, and whether it’s weird that you ate in last night, to create a portrait of your life and predict your behavior.

IDI, a year-old company in the so-called data-fusion business, is the first to centralize and weaponize all that information for its customers. The Boca Raton, Fla., company’s database service, idiCORE, combines public records with purchasing, demographic, and behavioral data. Chief Executive Officer Derek Dubner says the system isn’t waiting for requests from clients—it’s already built a profile on every American adult, including young people who wouldn’t be swept up in conventional databases, which only index transactions. “We have data on that 21-year-old who’s living at home with mom and dad,” he says.

It’s sickening that he brags about that.

Users and industry analysts say the addition of purchasing and behavioral data to conventional data fusion outmatches rival systems in terms of capabilities—and creepiness. “The cloud never forgets, and imperfect pictures of you composed from your data profile are carefully filled in over time,” says Roger Kay, president of Endpoint Technologies Associates, a consulting firm. “We’re like bugs in amber, completely trapped in the web of our own data.”

Besides pitching its databases to big-name PIs (Kroll, Control Risks), law firms, debt collectors, and government agencies, IDI says it’s also targeting consumer marketers. The 200-employee company had revenue of about $40 million in its most recent quarter and says 2,800 users signed up for idiCORE in the first month after its May release. It declined to provide more recent figures. The company’s data sets are growing, too. In December, Frost helped underwrite IDI’s $100 million acquisition of marketing profiler Fluent, which says it has 120 million profiles of U.S. consumers. In June, IDI bought ad platform Q Interactive for a reported $21 million in stock.

Steve Rambam, a PI who hosts Nowhere to Hide on the Investigation Discovery channel, says marketing data remains a niche monitoring tool compared with social media, but its power can be unparalleled. “You may not know what you do on a regular basis, but I know,” Rambam says. “I know it’s Thursday, you haven’t eaten Chinese food in two weeks, and I know you’re due.”