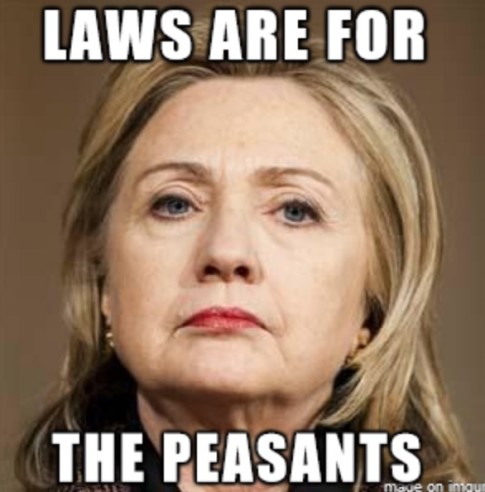 – Black Pastors Across America Are Breaking the Law to Help Promote Hillary Clinton:

Last night, I came across a very interesting article published in the Atlantic which highlighted the fact that according to a recent Pew Research survey, “28 percent of those who have attended black Protestant churches in the last few months heard their pastor support Hillary Clinton.” This is a pretty remarkable statistic considering it is illegal to do so.

Which brings up a related question. To what extent did this phenomenon play a role in Hillary Clinton’s sweeping victories across the south versus Bernie Sanders during the Democratic primary?

Here are a few excerpts from the Atlantic article:

It is illegal for clergy to support or oppose political candidates from the pulpit. Houses of worship can host candidate forums and voter-registration drives; pastors and rabbis and imams can even bend the rules a little to advocate “as individuals” at conventions or other events. But for more than 60 years, religious groups have been forbidden from electioneering.

Apparently, a lot of pastors don’t pay attention to this rule. According to a new survey from Pew Research Center, roughly 9 percent of people who have attended religious services in the last few months have heard clergy speak out in favor of a political candidate, and roughly 11 percent have heard clergy speak in opposition. What’s remarkable, though, is how much this is apparently happening at one particular kind of church: those run by black Protestants.

Fully 28 percent of those who have attended black Protestant churches in the last few months heard their pastor support Hillary Clinton.

To be clear, political speech is not punishable by jail time; the worst possible consequence for a house of worship is losing its status as a tax-exempt 501(c)(3) organization. The IRS has the authority to audit and fine congregations if they suspect them of campaigning or lobbying. The agency rarely exercises this right, though; in recent years, low on budget and increasingly facing public criticism, it has emphasized education, rather than enforcement.

That lack of enforcement seems to have come with increasingly brazen defiance of the rules.

It makes sense that this would be the case for black churches in particular. Black Protestant groups have a long history of political activism, and during this election, a majority of these voters have supported Hillary Clinton. Perhaps they think the stakes of this election are high enough, and the possibility of a Trump presidency is dark enough, to risk the IRS’s wrath.

Or perhaps that when it comes to Hillary Clinton, everyone knows…