The state department’s release of Hillary emails may be over, but that of Wikileaks is just starting.

Moments ago, Julian Assange’s whistleblower organization released over 19,000 emails and more than 8,000 attachments from the Democratic National Committee. This is part one of their new Hillary Leaks series, Wikileaks said in press release. To wit:

A quick scan of the emails focus on Bernie Sanders and dealing with the fallout of many Democrats opposing Hillary Clinton and calling the system “rigged.” Many of the emails exchanged between top DNC officials are simply the text of news articles concerning how establishment democrats can “deal” with the insurgent left-winger.

RELEASE: 19,252 emails from the US Democratic National Committee https://t.co/kpFxYDoNyX#Hillary2016#FeelTheBernpic.twitter.com/Pft8wnOujl

One email reveals the perks to the top fundraisers: 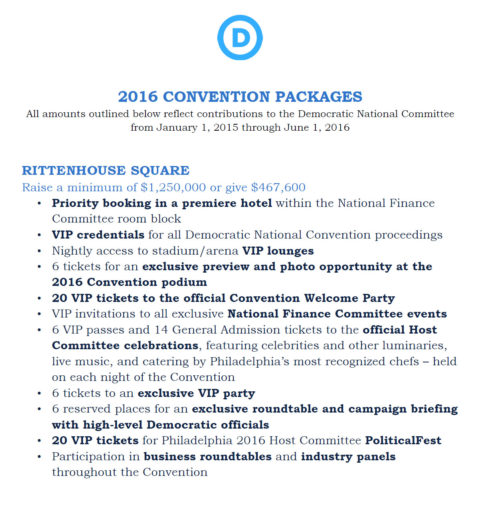 And then there is Trump, where a quick subject search reveals some 5,245 results.

The full database can be accessed below (link):