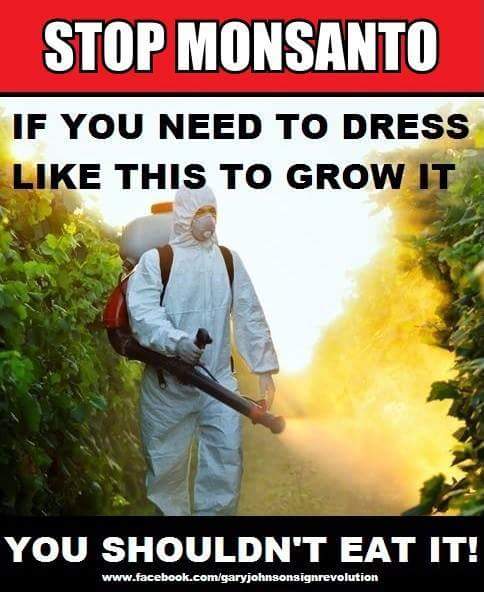 GM crops have been engineered to tolerate being sprayed with the herbicides 2,4-D and glyphosate. Now these have been found to be among a number of pesticides that are associated with allergic and non-allergic wheeze in farmers. The study concludes, “These results for farmers implicate several pesticides that are commonly used in agricultural and residential settings with adverse respiratory effects.”

Background: Growing evidence suggests that pesticide use may contribute to respiratory symptoms.

Objective: To evaluate the association of currently used pesticides with allergic and non-allergic wheeze among male farmers.

Methods: Using the 2005-2010 interview data of the Agricultural Health Study, a prospective study of farmers in North Carolina and Iowa, we evaluated the association between allergic and non-allergic wheeze and self-reported use of 78 specific pesticides, reported by > 1% of the 22,134 men interviewed. We used polytomous regression models adjusted for age, BMI, state, smoking, and current asthma, as well as for days applying pesticides and days driving diesel tractors. We defined allergic wheeze as reporting both wheeze and doctor-diagnosed hay fever (n=1,310, 6%) and non-allergic wheeze as reporting wheeze but not hay fever (n=3,939, 18%); men without wheeze were the referent.

Results: In models evaluating current use of specific pesticides, 19 pesticides were significantly associated (p<0.05) with allergic wheeze (18 positive, 1 negative) and 21 pesticides with nonallergic wheeze (19 positive, 2 negative); 11 pesticides with both. Seven pesticides (herbicides: 2,4-D and simazine; insecticides: carbaryl, dimethoate, disulfoton, and zeta-cypermethrin; and fungicide pyraclostrobin) had significantly different associations for allergic and non-allergic wheeze. In exposure-response models with up to five exposure categories, we saw evidence of an exposure-response relationship for several pesticides including the commonly used herbicides 2,4-D and glyphosate, the insecticides permethrin and carbaryl and the rodenticide warfarin.

Conclusions: These results for farmers implicate several pesticides that are commonly used in agricultural and residential settings with adverse respiratory effects.