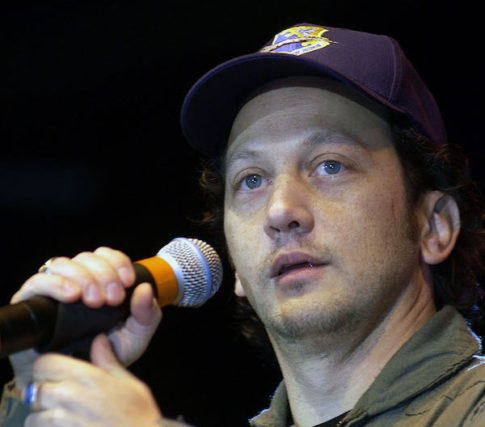 “The most basic of all human rights is the ability to have control over your own body and be able to exercise informed consent when making medical decisions that can harm you or your child.” -Rob Schneider

The year was 2014 and California just passed Assembly Bill 2109 in the face of widespread opposition. The bill was designed to make it harder for parents to receive vaccine exemptions for their children. During this time, the slippery slope of forced vaccination in the state was just getting started. Few communities, parents and advocacy groups were fighting for health freedom. Dr. William Thompson had just come forward admitting research fraud within the Centers for Disease Control and Prevention (CDC) and the film Vaxxed wouldn’t be released for two more years. Meanwhile, politicians and medical trade groups — funded and directed by pharmaceutical company money — were racing behind the scenes to fulfill an agenda in the absence of widespread public push back. The pharmaceutically-funded mainstream media waited like guard dogs with hair triggers to assassinate the character of anyone in the public eye that had the courage to side with parental rights and common sense. Enter Rob Schneider.

Commanding a solid grasp on the reality of the pharmaceutical company power grab and dismal vaccine facts, Schneider’s voice has been an essential addition to the global awakening of health freedom. As California families stare into the abyss of endless vaccinations, a common thread of resistance has united all walks of life. As one of very few public figures in the entertainment industry who had the courage to tell it like it was, and continues to be, Schneider’s points over the years have been concise and on target. You can listen to him speak out about vaccines in the video below:

In retrospect, the mainstream media hit pieces that have attempted to nullify his message can now be seen for what they really were — malicious attacks to stifle essential discussion.

In September 2014, Schneider was dropped from his contract as a voice and face for State Farm Insurance directly after he chose to make his views on mandatory vaccination known through Twitter. Racing to capitalize on his dismissal, mainstream news stories continuously popped up like to attack his character like an unethical, villainous game of whack-a-mole. While the mainstream media is busy running articles with titles like “Dear Rob Schneider, Please Shut Up About Vaccines”, Schneider has chosen the independent media to release his press statement on vaccination. His statement is printed below in full and uncensored.

The most basic of all human rights is the ability to have control over your own body and be able to exercise informed consent when making medical decisions that can harm you or your child.

There is a concerted effort by the pharmaceutical industry, medical trade groups and their lobbyists and our paid elected representatives in state and federal government to

persuade legislators to abolish rights that individuals and parents have in making informed choices about what is best for their health and their children’s health.

When there is a risk of permanent injury or death from any drug or vaccine, we must have a choice. If choice is taken away and people are forced to use any drug or vaccine licensed and mandated by our government, then we are no longer a free people but live in state sponsored medical tyranny.

There is also a problem with vaccine failures and waning vaccine immunity. Public health officials, medical trade groups and pharmaceutical companies admit that vaccine immunity is only temporary and sometimes they give no protection at all. In other words, vaccines don’t always work! In the case of the pertussis vaccine, whooping cough outbreaks often occur in individuals who are completely up to date with the CDC’s schedule of recommended shots.

The fact that Congress and the Supreme Court have given pharmaceutical companies and doctors COMPLETE IMMUNITY from product liability and personal injury lawsuits is a big red flag for parents being pressured to give their children dozens of doses of “unavoidably unsafe” vaccines. Parents look around and see so many chronically ill children in America, even though most children have gotten the CDC recommended 49 doses of 14 vaccines before age six. That is twice as many vaccinations as children got in the early 1980’s and three times as many vaccinations as children get in Europe.

While our children today have gotten more vaccines than any other generation before them, there has been an explosion in the numbers of chronically ill children in the U.S. Over 50 percent (actually 54%) of our nation’s children now live with these chronic diseases in numbers that were unheard of just a few short decades ago: ADHD and learning disabilities, peanut allergies, asthma, inflammatory bowel disease, childhood diabetes and obesity, rheumatoid arthritis, and children who suffer brain swelling (encephalitis) and seizures and are diagnosed with autism.

Instead of having a real discussion about why the most precious members of our society are suffering from this new onslaught of chronic illnesses and brain injuries, anyone who raises questions about vaccine safety and dares question the (paid) medical and pharmaceutical industrial complex is labeled and ridiculed as an “Anti-Science Anti- Vaxxer.”

The media fueled hysteria over the reporting of measles cases at Disneyland last year, when only 189 children and adults in a country with over 320 million people got measles, was used as an excuse to hammer through legislation in California that removed the personal belief vaccine exemption, including for religious and conscientious beliefs. Only 2.5 percent of children attending kindergarten in California had a personal belief exemption on file but those children will be blocked from getting a school education starting in the fall.

Now there is a concerted effort by public health officials to mandate vaccines for adults, too. Health care workers are being fired if they don’t get an annual flu shot, which CDC admits is a vaccine that doesn’t work half the time!

With hundreds of new vaccines being developed by industry and government, it is very important that we protect our legal right to exercise informed consent to vaccination for ourselves and our children because our civil rights also are being threatened if vaccination is tied to our ability to get an education, a job or medical care.”