– Why Did the UK Enter the EU in the First Place?:

Looking back, one really has to wonder why the UK subjected itself to all the inane EU nannycrat rules and regulations in the first place.

I can explain. Many readers sent me this explanation, but I also used it before on my blog long ago.

The clip is amazingly funny. Play it. 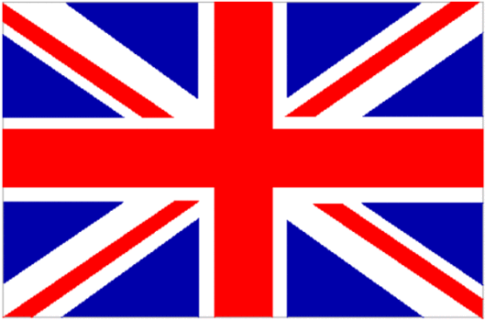 From Pater Tenebrarum at the Acting Man blog.

I recently wrote this to my totally Europhile European email group, which has hedge fund managers, economists, journalists, insurance and pension fund asset managers, and even a few politicians from across Europe (every country from the UK to Latvia has a few people in the group, and a few fund managers from the US, Australia and Israel are also members).

A few days before the Brexit, they had all written paeans on the EU, and expressed both their expectation and hope that the UK would remain, while chiding the “leave” campaign for its intellectual inferiority. I was incredibly busy (still am) and didn’t find the time to properly join the debate. But one day before the referendum I felt I simply had to say SOMETHING to disrupt this love-fest.

So I wrote this (I was very polite, but it was met with speechlessness for a little moment. I did get several very friendly and well thought out replies after a while though. You must understand, these people are my friends, and I like them and they like me, generally. They know of course that my opinions on these things are very different from those of most of the European elite):

Leaving aside the “we’re doing it for peace” argument, which wily EU politicians tacked on out of the blue 40 or 50 years after the EEC was founded in order to cartelize the then state-owned coal and steel industries, what exactly are the advantages of being in the EU? If we want to have free trade, do we really need a bureaucratic Leviathan in Brussels regulating every nook and cranny of our lives? NO. We need the back of a napkin, on which we could write: “Henceforth, there will be no more tariffs between us”.

Today the EU primarily serves a tone-deaf bureaucratic and political class, which lives a high life on the back of people it nothing but aggravates. But surely not everything is bad? Indeed, the EU is looking after us….one might well ask, what would we do without it? I give you a few random examples of the great things the EU does for us citizens:

2. You shall have shiny teeth, citizen!

Our toothbrushes are regulated by 31 EU laws.

3. Best apples in the world, man – the Class 1 EU regulated apple – no-one will ever manage to deceive you again about the color of the apple he’s trying to sell you:

In order to class a “Red Variety” apple as “class 1”, 50% of its surface must be red. To class a “Mixed red coloring variety” of apple as a “class 1” apple, 33% of its surface must be red, and so it goes for the 3 quality classes and 287 individually named apple varieties. The only slight drawback: due to the protectionist agricultural policies of the “free market supporting” EU, that class 1 apple costs at least 40% more than it otherwise would. The same goes for every other fruit and vegetable you buy.

4. The fight against culinary WMDs

Will you please stop looking for that jug of olive oil at the dinner table? That dangerous culinary WMD has been regulated away.

5. The planet is finally saved!

The EU is saving the planet! One emasculated vacuum cleaner and toaster, dead incandescent light bulb, muzzled shower-head, and shrunken flush tank at a time! Enjoy your modern morgue lighting citizen, and work that plunger a bit – it’s for a good cause!

In exchange for paying EU bureaucrats a small fortune (an MEP can earn up to 10 times the average EU citizen’s salary, commissioners earn a whole lot more still), citizens can at least be sure that Europe will conquer the digital realm! The indomitable digital commissar Oettinger is on the case! Admittedly, he looks suspiciously like Beavis (of Beavis & Butthead fame), but a more qualified person couldn’t have been found to lead the EU into modernity. He’s practically the second coming of Steve Jobs!

His very first proposal upon getting the job immediately showed how much he cares….he wants to protect us from unfair competition! According to him, economically illiterate and hence dangerous normal citizens should be forced by law to stick with their internet service providers for seven years, come hell or high water. This is going to give these poor companies more “security for their investment planning”. That would be to the benefit of all of us! You’ll see, if you live long enough!

Also, Oetti wisely supports introducing an EU-wide surcharge for hard disk drives – as a pre-crime fine for all that illegal downloading citizens are apt to do on the intertubes.

Anyway, Oetti is the man! He knows what he’s doing….as he himself once said, he’s “going online every day”! Apple, Google, Facebook, etc. should cower in fear….with Oetti as our mastermind, the age of EU digital domination has begun!!!

And we’re getting all this at the every-day low base salary of approx. €250,000 per year (nearly tax-free…for Oetti, anyway), plus an annual “residence allowance” of €37,500, an “entertainment allowance” of approx. €10,000, a family allowance of €7000 plus €7,500 in “education and child support” for every child, free haircuts, 240 liters of free petrol per month, a €4300 allowance for traveling abroad (there is an extra allowance for “traveling at home” too), a daily “I’m actually here today” allowance of €304 for signing in, and a “general allowance” of € 4300 p.a. for secretarial expenses…and a bit of free health, theft and casualty insurance. Much cheaper than, say, the CEO of Google!

I could go on and on and on, but I don’t have the time at the moment…hence this somewhat random list with its strange focus on Beavis the digital wonder at the end (I’ve picked him as an especially bizarre example of the EU nomenklatura).

Absurd regulations? If I made a complete list, this mail would be longer than the distance from the earth to the moon.

In closing I just want to say: obviously, THERE IS NO ALTERNATIVE for Britain! It must remain!

As I have frequently stated, we do not need an EU to have free trade. EU Membership is the very epitome of unfree trade.

If the EU wanted to do something that made sense, it would scrap 100% of its rules and regulations, to be replaced with three sentences:

There needs to be some rules on what it takes to get into the EU, or be kicked out of the EU, but those are the three key rules that apply once in.