The most transparent administration ever sure has a funny way of showing it. The State Department in particular has had a run of, we’ll call it “bad luck”, a “glitch” in a video that edits out a key section on whether or not officials ever lie to the public, and then somehow being unable to locate a single email Hillary’s IT guy sent or received in nearly four years.

During a May 9th press briefing, Fox News reporter Kevin Corke asked Press Secretary Josh Earnest if he could state categorically that “no senior official in this administration has ever lied publicly about any aspect of the Iran nuclear deal.” To which Earnest very clearly replies “No Kevin.” 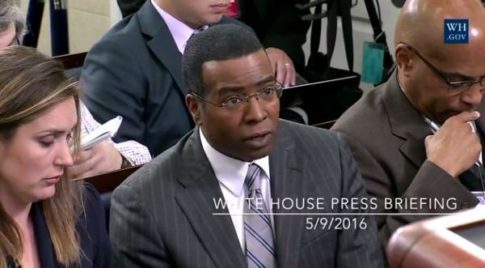 Here is a copy of the White House transcript of that briefing according to Breitbart – notice anything missing?

Of course as our readers would pick up on very quickly, the answer Earnest gave to the question was omitted. The White House told ABC News that the answer was “inaudible” so it was left out of the transcript. The press corps pushed Earnest on the issue during a briefing on June 6th, and Earnest responded that there was “crosstalk.” The following day, when asked yet again about the scrub and whether or not the Press Secretary would look at reviewing the transcript and possibly amending it, Earnest gave a definitive “No.”

This marks the second time that we’re aware of recently that the government has admitted lying to the public, and it has been subsequently scrubbed from the records. And that, ladies in gentlemen, is how history is simply erased as though it never even existed.