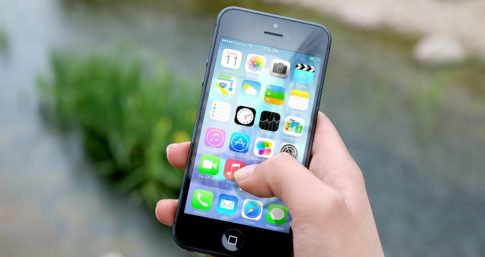 FindFace is a dating app that operates with facial recognition software developed by NTechLab, a startup company based in Moscow that specializes in artificial intelligence. By snapping a photo of a stranger, FindFace users can find that person’s Vkontakte account using a face scan with 70% accuracy. Since the app’s launch two months ago, FindFace has processed around three million searches for Vkontakte’s 500,000 users.

NTechLab was founded by 29-year-old Alexander Kabakov and 26-year-old Artem Kukharenko in 2015. Kukharenko had previously worked for Samsung and the Moscow State University Computer Graphics and Multimedia Lab before he met Kabakov. Together, the two developed a facial recognition algorithm that rivaled Google’s FaceNet at the University of Washington’s MegaFace face recognition challenge.

“Three million searches in a database of nearly 1 billion photographs: that’s hundreds of trillions of comparisons, and all on four normal servers. With this algorithm, you can search through a billion photographs in less than a second from a normal computer.” Kabakov said in an interview with The Guardian.

Some have already felt the impact of the app. Internet users have used it to expose the identities of Russian adult film actresses and sex workers against their will, revealing their careers to their families and online followers.

Despite the potentially damaging effects that placing a tool into the hands of ordinary citizens may have, the algorithm works with publicly available data — making it completely legal.

Recognizing the public’s concerns about FindFace, Russian security firm, Kasperky, released a blog detailing how to protect yourself from facial recognition software.