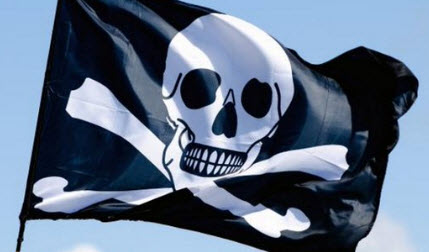 Iceland’s anti-establishment Pirate Party continues to lead nationwide polls as the most popular choice for the next elections. The party — whose policies include internet freedom, drug decriminalisation, and open democracy — has consistently led the polls for the last year and, as a result, has secured more funding than any of its rivals.

The 2008 financial crisis hit Iceland hard. The following year, the krona was devalued by around 50%, unemployment doubled, and capital controls were introduce. Miraculously, the country rose from the ashes to become one of Europe’s top performers in terms of growth. More recently, the political establishment has been in turmoil since three government ministers were implicated in the global Panama Papers scandal.

Despite their struggle, or perhaps because of it, the list of reasons to admire Icelanders keeps on growing. Whether it’s the sentencing of senior bankers — or the mass outrage at the offshore leak, which propelled 10% of the population to the streets and ousted the Prime Minister — the radical refusal of Icelanders to bow down and accept establishment corruption is admirable.

Because of this, the surge in popularity of the once-fringe Pirate Party comes as little surprise — recent polls suggest almost half the nation supports them.

In Iceland, financial support for political parties is allocated based on how well they have done in polls.

Although the party doesn’t have formal leadership, chair of the parliamentary group and spokesperson, Birgitta Jonsdottir, said they did not expect the funding. Claiming their campaign was, so far, funded at a flea market, she said that was enough and that all the party needs is to be able to pay the salaries of its employees.

“We did not expect this. We don’t care. Democracy doesn’t revolve around getting loads of money from the government,” she added.