Stress, obesity, hypertension, insomnia are but a few modern society ailments, for which the prescribed medication can cause bladder leakage and incontinence, but wait…it might be fashionable soon…

I can just imagine Procter & Gamble putting a spin on Pampers for adults…another potentially big market, again spun off from BigPharma.

Well, something is destroying your kidneys, which in TCM (Traditional Chinese Medicine) control the bladder, sexual energy and fertility. 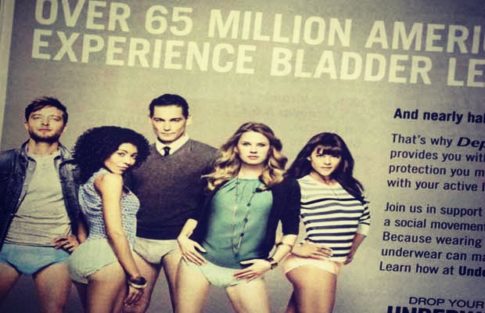 – Adult Diapers Are About to Outsell Baby Diapers for the First Time, So Let’s Make It Hip and Trendy!:

Hey world. For the first time in the history of our history, adult diapers are about to outsell baby diapers.

Just take a minute and let what that means sink in…

Birth rates are falling all over the world, and especially in First World nations where many are sitting below replacement rate. 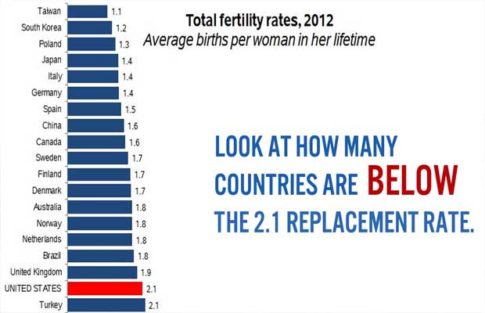 The replacement rate of 2.1 (2.1 in most industrialized countries; it’s actually higher in many developing nations where life expectancy rates are lower) is supposed to be how many children each woman needs to have in order to keep a population stable.

Currently, about half of the world is below replacement rate; it was 48% in 2010 and it’s expected to jump to 82% by the end of the century. We’re just not seeing the population numbers dip as much as we would if there wasn’t rampant mass immigration due to manufactured wars.

So much for overpopulation. So many more people are having trouble having babies these days. Look around. You probably know a couple right now who is of child-bearing age and for whatever reason, cannot seem to get pregnant. I do. I know several. I know people younger than me that can’t have kids and don’t know why. The numbers of women between the ages of 15 and 44 who can’t have babies just keeps going up; according to the CDC, as of 2010, 10.9% of U.S. women in this age bracket suffered infertility issues.

Meanwhile, adult diaper companies are promoting statistics that say one in four Americans “may need to wear a different kind of underwear”. Apparently 65 million people, nearly half of whom are under the age of 50, are now suffering from bladder leakage problems.

For the first time, more adults in this country will be wearing diapers than babies.

But hey, instead of talking about the very real effects of depopulation, about rampant infertility and disease where more people are now experiencing bladder leakage at younger ages and in larger numbers than ever before… they’re just going to attempt to sell us how cool and trendy all this incontinence is with commercials of young adults riding segways in nothing but adult diapers.