“The deliberate crash in oil prices has wiped out marginal fracking fields, but for the corrupt arabs to jump in and buy the equipment for scrap, can only mean they actually want to scrap it and remove it from the equation.” 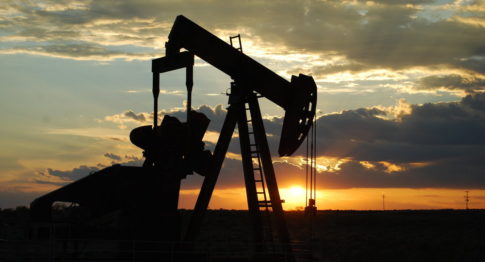 – Pump and Dump: Saudi Kills US Shale Oil Industry and Buys it for Pennies:

The Saudi Kingdom saw American oil companies invest in the research and development of oil fields and fracking, and then crashed the market so they could scavenge US natural resources and technology on the cheap.

In 2015, the world stared into a global economic recession, with startling downgrades for Chinese economic growth due to an explosion in their stock market, fueled by speculative excess.

While the Chinese economy roiled, unrest brewed in much of the world, including in the war-torn Middle East and on European shores, upon which refugees descended en masse. Even the US economy, once stoked by a shale oil renaissance, was not spared the effects.

With global oil demand dropping steadily, leading to a steeper drop in world oil prices, the Saudi government made a curious decision to increase its oil output in the midst of a price rout, exacerbating an already dire economic situation.

Analysts originally believed that the Saudis would back off their oil output, noting that world oil prices had fallen to $27 a barrel by February 2016, while the Saudi budget was based on a $66.70 per barrel price.

What was viewed as a short-term bid by the kingdom to maintain oil-market share is now revealed to be a simple pump-and-dump market manipulation scheme, but one with arguably the biggest financial repercussions in recent memory.

The Saudis held back output during the boom years, facilitating a surge in market prices to $145 per barrel, spurring US investors to bear the risk of advancing domestic fracking technology. Once the fields were fracked and the methodology developed, the kingdom crashed the party.

Today the US shale industry sits overexposed to heavy debt, with prices well below profitable levels. Over 130 US oil and gas companies have filed for bankruptcy since 2015 and industry insiders believe the worst is yet to come.

Saudi investors have now moved in to scavenge the best US shale oil properties and to purchase advanced fracking machinery at ten cents on the dollar without bearing any of the risk. In this way US investors and taxpayers have subsidized Saudi Arabia’s buyout of American oil deposits and innovation.

What caused the oil market to crash?

“It is a supply and demand issue,” stated Katusa. “With the innovation and technologies of fracking in North America, both the US and Canada, the cost of producing unconventional oil dropped so the US was exporting less foreign oil. In the emerging markets there was more supply that would normally go to the US, but which swung back onto the emerging markets.”

“The Saudis didn’t want to become a swing producer propping up the other OPEC members and the shale producers in North America, so they went after market share,” continued Katusa. “At the same time, Iran came back into the market because the sanctions were lifted.”

At the same time, Russian oil and gas companies maintained high output levels because the drop in the ruble ensured that oil production would remain profitable. “You have to focus on foreign exchange, because the Russian currency halved in value such that even though oil dropped to $40 per barrel, for Russian oil companies it was the same as three years ago at $80 oil, so their infrastructure remained in place and the Russians are now fighting for market share, too.”

Katusa suggested that, with world oil output surging amid the specter of a flagging world economy, the result was a major supply and demand dislocation, with the market quickly flipping from lack of supply to a massive glut.

Did the Saudis’ plot to destroy the burgeoning US shale oil industry?

“Whether it was intentional or not, the reality is that the US shale industry was impacted,” started Katusa. “With cheap money flooding the market after the Federal Reserve pushed QE, American investors began chasing for yield and a lot of money flew into these risky assets and the development of fracking technology, but now there is this big looming debt implosion in the oil patch.”

The energy analyst explained that, unlike China, Iran, Saudi Arabia and Russia, where domestic oil industries are propped up by the government during hard economic times, in the US and Canada companies fall into bankruptcy, leaving workers unemployed and national resources ripe for capture by foreign investors.

What happens after US shale oil companies go bankrupt?

“Debt proceeds all equity in investment, the bondholders always get paid before the equity shareholders, so the moms and pops, the doctors and teachers, and everyone else spending money to support this industry gets nothing, but the banks won’t lose any money,” said Katusa.

“I’ll break a story for you that most of the insiders know about already,” stated Katusa. “Most of money being swept into the US and Canada by private equity firms like Riverstone, most of it is Middle Eastern and primarily Saudi money that is now buying up these assets, and its brilliant, from the Saudi strategic point of view, that it was North American research and investment that created these technologies and now they are swooping in and buying it all at ten cents on the dollar.”

“This is something that nobody is talking about in the media, but to me it is a breaking story because the money is coming in from the Middle East and you have to give these people props, they are very smart people,” said Katusa.

The oil and gas expert explained that the new Saudi crown prince is not only leading the charge to buy up US energy deposits and technology, but he is taking all of the money that the kingdom has made on the gambit, and investing it into industries, including renewable energy and into other parts of the production cycle, notably the refinery industry.

“By contrast, what is happening in the US is exactly the opposite of what the Americans were doing 40 years ago,” stated Katusa. “Today, foreigners are buying the assets and the deposits in the US and in Canada, where before it was the Americans who owned other countries’ natural resources, so you are seeing a 180 where everything is going upside down.”

2 thoughts on “Pump and Dump: Saudi Kills US Shale Oil Industry and Buys it for Pennies”