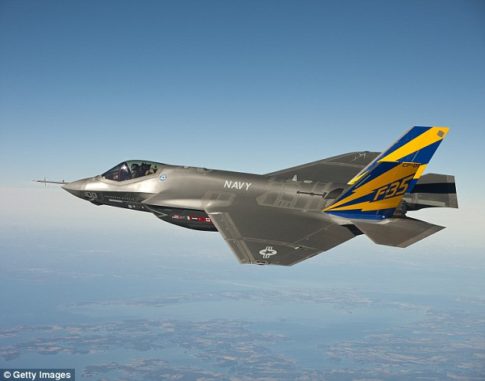 – Five of six F-35 fighter jets were unable to take off during testing because of software glitches but the Air Force still plans to declare the aircraft combat-ready this year:

Out of the six Air Force F-35 fighter jets, only one was able to successfully take off during a recent exercise that left the other five grounded due to ‘immature systems and software’.

The F-35s, which are the world’s most sophisticated and most expensive warplanes, were being tested for readiness but only one of the $100 million Lockheed Martin planes was able to boot its software and get itself airborne, according to Flight Global.

Details surrounding the failed exercise, which took place at the Mountain Home Air Force Base in Idaho, were presented to Congress by J Michael Gilmore, the Pentagon’s chief weapons tester.

Regardless of the software issues, the Air Force still plans to declare its F-35s combat-ready later this year.