– US Air Force likely to cut F-35 purchases over cost:

The US Air Force is likely to slash its purchases of Lockheed Martin’s F-35 fighter jets to save money, a new study has revealed, a new threat to the costly program’s sustainability.

After complaining about the costly stealth aircraft’s delayed and problematic development, the USAF is now worried that the massive orders it has placed for the F-35 might hinder modernization and maintenance of its current fleet.

To do this, the USAF might be forced to cut the overall purchase by 38 percent, reducing the program’s working project of 1,763 jets by nearly one third, or 590 aircraft, Bloomberg reported, citing an internal USAF study.

Today, at least 270 F-35s are being operated by the USAF as well as the US Navy and the Marine Corps.

“Common sense creeping in? I doubt it.”

As Lockheed Martin ramps up production of the F-35 Joint Strike Fighter, the company’s vice president in charge of the program has moved to counter concerns made over the time being took to rectify errors with the aircraft. Speaking to news outlets at a company media day, Jeff Babione acknowledged that low observability (LO), or stealth, capabilities in particular were posing a challenge to the company which has been made more tricky by an increase in production that was never seen with other stealth aircraft like the F-22 Raptor. “It’s not a human problem; that’s just the result of our ability. We’re approaching the limits of our ability to build some of these things from precise-enough technology,” Babione said. As part of efforts to cut down on deficiencies, Babione said the firm is first looking to make sure that the highest quality standards are applied to even the smallest supplier in the supply chain, but more importantly, Lockheed is also taking steps to make it easier for workers to build the aircraft, whether through increased training or improved practices, he said without elaborating.

Brian Gerrish and Mike Robinson with today’s news update from the UK Column. 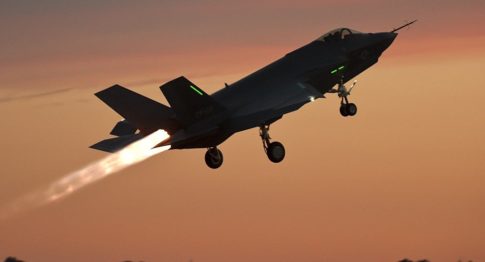 – US F-35 Reportedly Starts to Crumble in Okinawa in ‘Routine Training Mission’:

The reputation of the most expensive plane in history has once again been tarnished.

The F-35, a fifth-generation US stealth fighter, lost part of its fuselage, during a “routine training mission” near Kadena Air Base in Japan, according to the Defense News.

The incident, which occurred east of Okinawa on November 30, was reported by Japanese media at the time, but it wasn’t until December 4 that US Air Force officials confirmed the report.

– DoD Watchdog: F-35s Grounded 22 Percent of the Time Due to Parts Shortage

Hello you taxpayers, are you aware of where your tax goes????”

Does anyone else recall the F-104 Lockheed Starfighter in the seventies, which had similar oxygen starvation problems and was eventually given the epithet “Widowmaker”.

– The F-35 Amazingly Has Even More Problems Than We Thought:

The F-35 Joint Strike Fighter is the most expensive military program in the world with a total cost of more than $US1 trillion ($1.3 trillion). Now, a new Pentagon report suggests that the futuristic fighter jet still has hundreds of deficiencies and won’t be ready for full combat testing until 2019.

The Pentagon’s latest brutal assessment of this high-priced aircraft was part of an annual report from the Pentagon’s director of operational test and evaluation Michael Gilmore. The dossier includes a five-page evaluation of the F-35 Joint Strike Fighter program, the results of which are damning — emphasis ours: 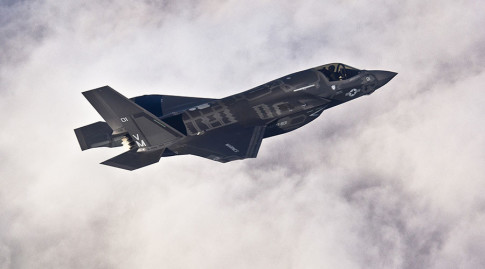