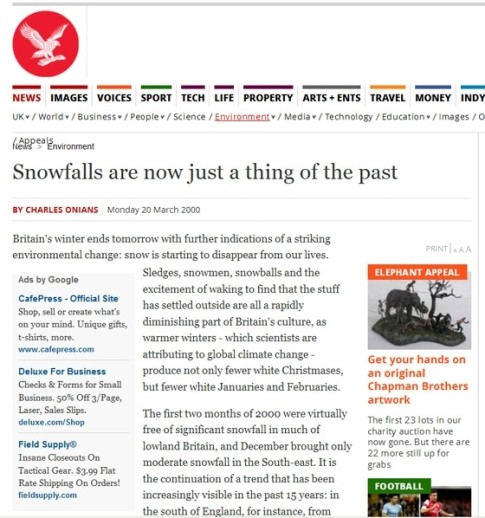 LONDON — Snow fell in Britain on Tuesday, an unusual event that provoked surprise and excitement among some locals.

A brief flurry of snowflakes landed in London and other parts of southern England in the afternoon, accompanied by dark skies and thunder. The temperature in the capital was 45 F on Tuesday afternoon. There has been heavy snow in parts of Scotland, where the CairnGorm Mountain ski resort said it had enough of the white stuff to stay open until May 2, the BBC reported.

“Snow this late in April is unusual,” said AccuWeather Meteorologist Tyler Roys. “Much of the accumulating snow will be across the mountainous terrain of Scotland and northern England.”

It’s a myth that it has to be below zero to #snow. Heaviest snow in this country falls when it’s between zero & 2 °C pic.twitter.com/lJE4OxX3Qc

He said up to 3-6 inches of snow could settle across parts of the Scottish Highlands, and up to 2 inches across the hills of northern England.

“It will feel like it’s late March across the U.K. rather than late April,” said fellow AccuWeather meteorologist Eric Leister.

Meanwhile, #snow trended on Twitter as the public got caught up in the fun:

When it’s April and it starts to #snow… pic.twitter.com/S7j8byaozL

1 thought on “Snow falls in April in unusual British event”