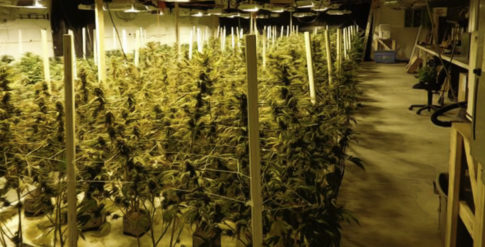 Further complicating matters, in 2014 Alaskan voters passed “Ballot Measure 2” with 52% of the vote, which legalized commercial, medical, and personal use of marijuana. In March of this year, the Alaska Marijuana and Alcohol Control Board began to accept applications for citizens interested in growing marijuana commercially. However, while they have accepted applications, as of this article’s publication, zero licences have been granted.

Gabryszak’s lawyer, Evan Barrickman, argued in court, “What happened here is he kind of jumped the gun on the new marijuana regulations in Alaska.”

The kinks in Barrickman’s argument concerned elements of Ballot Measure 2 that granted cities and municipalities the right to decide if they wanted to allow marijuana to be commercially grown within the limits of their borders. Gabryszak was arrested on February 12; on February 8, the Homer City Council introduced an ordinance to ban the commercial cultivation of marijuana in Homer. A second ordinance was introduced to zone districts to allow for commercially cultivated marijuana. The overall ban on commercial cultivation was rejected while the zoning of districts passed. This means commercial marijuana cultivation is legal in Homer — if a citizen has both a licence from the Alaska Marijuana and Alcohol Control Board and proper zoning permissions from the city. Gabryszak had neither.

Had Gabryszak’s marijuana growing operation been legal, he would have owed the state $50 for each ounce of marijuana, totaling $300,000. The city of Homer would have received $67,000 in sales tax. Instead, the state receives nothing, and Gabryszak owes nothing — assuming he fulfils the judge’s sentencing requirements.