In a stunning example of outright journalism censorship and medical totalitarianism, Arianna Huffington’s HuffPo content platform has gone “police state” on veteran contributor Lance Simmons. According to this article from Truth Barrier, Simmons has been an 8-year contributor to the Huffington Post, publishing over 200 articles through the content hub.

HuffPo had no problem with all 200 of his previously posted articles, but when he posted an honest, heartfelt review of the VAXXED documentary, he got targeted for censorship and had his account shut down by the Huffington Post.

I saw a premier of VAXXED the other evening and was so moved by the presentation and discussion that followed that I felt compelled to write a piece asking that we at least begin a serious national dialogue on the allegations contained in the documentary. I also drew attention to the spate of events that have unfolded over the past several years, where there has been a massive governmental failure to do its essential job which is to protect the health, safety and welfare of the citizens.

But he soon discovered that HuffPo is actually run like a Chinese gulag of censorship about vaccine truth. Writers aren’t even allowed to ask rational questions about vaccine safety without being severely punished by HuffPo:

It turns out that they pulled down the original piece and when I tried to rewrite it I was alerted that permission was denied to my account. I have made at least a half dozen attempts to reach someone at HuffPo to alert them that there was a malfunction and over the course of the last two days have not received one response. I even went so far as to email Arianna herself. It never crossed my mind that this might be some sort of censorship because it has never happened to me and the article, while provocative, is not beyond any bounds of journalistic or political propriety.

The Huffington Post, of course, is no different than the rest of the mainstream media when it functioning as a Ministry of Truth, censoring information that could help save lives while promoting pharma-backed vaccine propaganda that maims and murders children. I find it especially interesting that even as Arianna Huffington writes feel-good books promoting healing for humanity, her own editors silence writers who are also trying to protect the lives of children. Are those writers making such decisions under the direction of Arianna herself? If so, does she really condone the mass poisoning, maiming and medical murder of innocent children through a medical intervention that’s so unsafe, the U.S. Congress had to pass a special law granting the industry absolute legal immunity to lawsuits from children harmed by faulty vaccines?

If so, that would be a new low for Arianna, indeed.

Huffington Post editors may have been propagandized by the Wikipedia entry on VAXXED, written by internet science troll David Gorski

As it turns out, the Wikipedia page on the VAXXED documentary is a smear piece authored by none other than Dr. David Gorski, reports Natural News. “Wikipedia’s incredibly biased entry on VAXXED was written by none other than pro-vaccine shill Dr. David Gorski, notorious for his relentless and callous attacks on vaccine skeptics, alternative medicine, and its supporters,” says this article.

In addition to being a cancer surgeon with ties to the Karmanos Cancer Centers of Detroit — where Gorski’s colleague Dr. Farid Fata recently admitted to committing felony health care fraud and is now going to prison — David Gorski is also a discredited internet science troll who was outed after trying to hide his identity as “ORAC” for several years. Widely known as a sociopathic, vindictive purveyor of personal hatred and pharmaceutical filth, Gorski is infamous for publishing false and defamatory information about natural medicine and its advocates. With financial ties to drug research related to autism, David Gorski stands to financially benefit from children with autism, which may explain why he so aggressively pushes vaccines while fraudulently denying that they harm so many children.

Gorski is one of an ever-shrinking fringe group of Vaccine Holocaust Denialists who show increasing desperation as the truth about vaccines continues to emerge. The VAXXED documentary showcases CDC scientist and whistleblower Dr. William Thompson, who publicly confessed to committing scientific fraud at the CDC to hide links between vaccines and autism. Yet the Wikipedia entry on VAXXED, authored in large part by David Gorski, according to reports, deliberately misrepresents the subject matter and focus of the film, characterizing it as “anti-vaccine propaganda.”

The real propagandists, of course, are people like Gorski who practice their editorial hucksterism at Wikipedia to push out their own fraudulent propaganda, which they ridiculously label “scientific truth.” What Gorski never mentions in the VAXXED entry, of course, is that he wrote it and he also stands to profit from vaccine damaged children who have autism.

David Gorski and Arianna Huffington are not directly murdering children, but they are doing everything in their power to kill any truthful discussion about vaccine damage (that might save children)

As the truth about vaccines damaging children and causing autism continues to emerge, vaccine holocaust denialists like Gorski and Arianna Huffington are turning to more desperate, heavy-handed measures to silence filmmakers, censor internet journalism and attempt to prevent the public from gaining knowledge of just how much vaccines harm their children. In many ways, their efforts resemble the last ditch bunker-inspired propaganda of Adolf Hitler, who insisted on his “intellectual superiority” and righteousness right up until the day he finally put himself (and the rest of the world) out of his misery.

There is little question that people like Gorski will continue to aggressively push dangerous medical interventions that provably harm and even kill children… as long as he can keep getting away with it. Somehow, the wanton medical destruction of children seems perfectly aligned with his twisted psychopathy and deeply-rooted hatred for all those who promote healthy living. That Arianna Huffington is now joining the intense hatred of truth that has long emanated from the foul, dark corners of Gorski’s twisted mind is more than a bit alarming. Huffington is a democrat who claims to care for humanity while exercising compassion and empathy. So where’s her empathy on vaccine-damaged children? It has apparently been replaced by intellectual totalitarianism and a desire to destroy voices of dissent (which is similar to Gorski’s challenge of trying to destroy the voices, too, but in his case they’re the voices in his own head).

As far as David Gorski goes, he seems wholly incapable of writing even a single paragraph without engaging in the deliberate, fraudulent misrepresentation of the facts. That he has managed to wrangle so much editorial control over Wikipedia is perhaps the most damning indictment yet seen about the editorial power structure at the online encyclopedia, where in some topic areas (such as vaccines and GMOs), the most psychopathic muckrakers seem to consistently rise to the top.

As a result, on certain topics, Wikipedia has become little more than a reflection of the derangement and mental illness that has infested the minds of its most powerful admins. While there are a great many dedicated and honest editors at Wikipedia, they do not possess the power craving and twisted fanaticism of people like David Gorski. It’s much the same in the political world, where the most insane criminal minds seem to rise to the top in almost every election (including the one we’re all enduring right now, come to think of it).

Coincidentally, I wouldn’t want David Gorski to disappear any time soon, as he’s such an effective poster child for the pathological derangement of the “skeptics” community. The more he vandalizes Wikipedia to deliberately misrepresent important documentary films like VAXXED, the more quickly undecided internet readers are convinced that skeptics are loud-mouthed loonbags.

In effect, David Gorski is perhaps the most inadvertently effective recruiter for holistic health advocacy on the ‘net. One look at his pathological mind and intense hatred for humanity gives a clear signal to most people: “I don’t want anything to do with THAT group!”

It really is more rewarding to be a defender of life, by the way, rather than a vaccine-pushing destroyer of it. All the vaccine pushing, chemotherapy promoting, Big Pharma pill pushers in the world don’t add up to an inkling of real humanity. They’re just mentally deranged trolls who have figured out how to sling together words of hatred and disdain for humanity, accurately reflecting their own internal desire to destroy the innocent (usually children, for that matter).

Ironically, when the Berlin Wall of vaccine denialism finally does crumble and shatter, it’s going to be people like David Gorski who we have to thank for accelerating the deranged demise of the “skeptics” who overstayed their welcome in society. Dr. Gorski has, in effect, already achieved a milestone in the history of medicine… the same kind of milestone we now point to when citing the insanity of doctors who have gone mad like Dr. Henry Cotton or Dr. Farid Fata.

One day when the history books recount the dangerous insanity of doctors who poisoned patients with mercury salts and chemotherapy, let us not forget Dr. David Gorski, an internet arsonist who vandalized the public space with his own demented arrogance and death-dealing distortions, all in the name of pushing more vaccines so that he could make a fortune selling drugs to children stricken with autism. 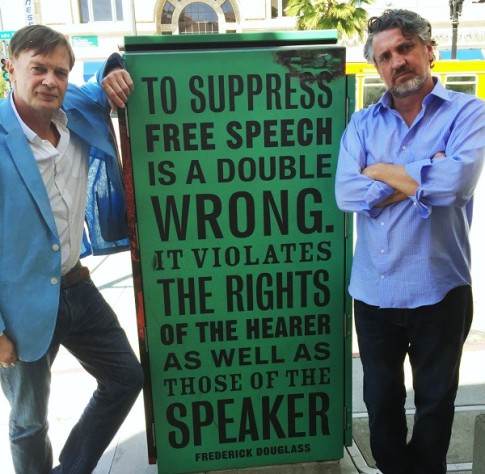