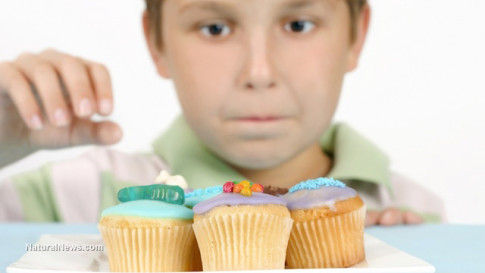 – Sugar and fat are bad for your brain:

A growing body of research suggests that a Western diet high in sugar and fat may cause brain damage, which in turn reduces your ability to decide how much you should eat, according to an article published in The Conversation by American University neuroscientists Terry Davidson and Camille Sample.

Davidson and Sample’s lab studies the connection between diet and brain function.

Two-thirds of U.S. adults and more than one-third of children are classified as overweight or obese, and obesity rates continue to climb worldwide. Obesity is considered a major risk factor for a wide variety of health conditions, including diabetes, cardiovascular disease and cancer.

Is your diet literally poisoning your brain?

According to Davidson and Samples, research suggests that our brains are simply not set up to resist the intense temptations created by societal factors such as advertising, which push us to consume greater and greater quantities of unhealthy food. Although people are born with a natural ability to regulate how much they eat, these mechanisms are overwhelmed by messages from the culture we live in.

Research now suggests that this loss of the ability to properly regulate our food intake may not come from social factors alone, nor be fully explained by the simple fact that our bodies evolved to crave high-calorie nutrients such as fat and sugar. Rather, new studies are pointing to the possibility that a Western diet may actually damage regions of the brain associated with appetite regulation.

The region of the brain in question is known as the hippocampus, which regulates information about the need for water and food, as well as memory and learning.

Studies have certainly indicated that obesity and a Western diet may damage memory and learning capacity. Middle-aged people who are overweight or obese have been shown to have a higher risk of developing Alzheimer’s disease and other forms of dementia. Other studies have shown that consuming a Western diet and having a high body fat proportion is associated with memory impairment in children as young as seven.

Davidson and Samples’ own research, as well as similar research in other labs, has demonstrated more direct effects in the brains of rats and mice. These studies have found that diets high in sugar and saturated fat (at levels comparable to that in the Western diet) weaken the blood-brain barrier, which is responsible for keeping toxic chemicals out of the brain.

In followup studies, rats whose blood-brain barriers had been weakened in this fashion, were injected with a special dye. The dye accumulated in the hippocampus, which seemed to respond to the influx of foreign chemicals with inflammation and changes in electrochemical activity. The rats whose brains responded in this fashion showed cognition changes consistent with damage to the hippocampus.

Obesity and dementia epidemics may be connected

Davidson and Samples note that both rats and humans who have suffered hippocampus damage have been known to lose the ability to decide if they’ve had enough food or water. Even a minor impairment to this ability could have major consequences in an advertising-saturated culture like ours, they said.

“In the presence of powerful cues in the environment that entice you to eat, a reduced ability to use information from your body that tells you that you don’t need food can lead to overeating,” they write.

They warn that the Western diet may be causing a positive feedback loop of escalating brain damage and worsening diet.

“The result could be a vicious cycle in which eating a western diet produces hippocampal dysfunction which weakens the ability to use internal cues to counter eating elicited by cues in the environment,” they write.

“As the hippocampus becomes more and more impaired, the severity and scope of learning and memory deficits would also increase. The result could be not only obesity but also more serious cognitive decline.”