Since taking office in 2013, Xi has embarked on an ambitious effort to root out party corruption and ensure that the directives passed down from on high in the Politburo are executed faithfully among the sprawling rank and file. As The Atlantic wrote last year, the discipline “problem” is “made more urgent by a slowing economy,” an economy which desperately needs to be reformed.

“Reform, however, requires the ability to enact policy,” The Atlantic flatly adds. “That in turn necessitates bureaucrats who follow the central government’s orders.”

Publicly there have been more than 1,500 announced cases against party officials. But that’s just “publicly.” Knowing the Party’s reputation for “disappearing” those who “disappoint” or otherwise act in morally objectionable ways, the real number is impossible to know but is likely orders of magnitude higher.

When China’s stock market began to crash last summer as the country’s margin “miracle” finally buckled under the weight of the millions of illiterate daytrading housewives who poured their life savings into everything from umbrella manufacturers to industrial companies-turned P2P outfits, Beijing extended the corruption probe to those “responsible” for the equity meltdown.

Soon, the quest for stock market “manipulators” and those (like journalists) who would otherwise seek to harm the national interest by, well, by reporting the facts became part and parcel of a kind of mini Tigers and Flies campaign focused specifically on China’s financial markets. That campaign eventually ensnared quite a few officials, prominent money managers, and eminent businessmen, including Guo Guangchang, a self-styled “Chinese Warren Buffett.”

But all of this wasn’t good enough for China. No, a “true” police state must be able to monitor all things at all times and prevent transgressions against the prevailing order before they happen. So more “Minority Report” than NSA.

This is especially true now that Beijing’s quest to rein in “zombie companies” and curb overcapacity is likely to mean hundreds of thousands of industrial job losses and thus quite a bit of grumbling among the downtrodden (and recently jobless) masses.

Well don’t look now, but China is attempting to use big data, a military contractor, and a camera network known as “Skynet” to predict crimes before they happen.

“China’s effort to flush out threats to stability is expanding into an area that used to exist only in dystopian sci-fi: pre-crime,” Bloomberg reports. “The Communist Party has directed one of the country’s largest state-run defense contractors, China Electronics Technology Group, to develop software to collate data on jobs, hobbies, consumption habits, and other behavior of ordinary citizens to predict terrorist acts before they occur.” 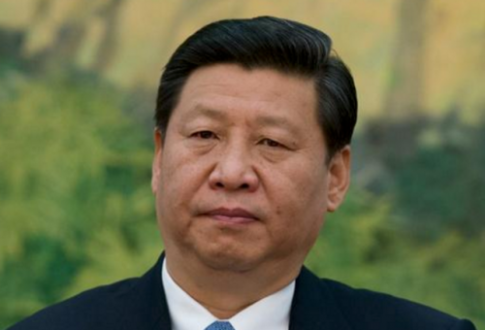 Make no mistake, China is a fertile testing ground for such an experiment because, well, because the public has no rights.

“The program is unprecedented because there are no safeguards from privacy protection laws and minimal pushback from civil liberty advocates and companies,” Lokman Tsui, an assistant professor at the School of Journalism and Communication at the Chinese University of Hong Kong, who has advised Google on freedom of expression and the Internet tells Bloomberg.

China was a surveillance state long before Edward Snowden clued Americans in to the extent of domestic spying. Since the Mao era, the government has kept a secret file, called a dang’an, on almost everyone. Dang’an contain school reports, health records, work permits, personality assessments, and other information that might be considered confidential and private in other countries. The contents of the dang’an can determine whether a citizen is eligible for a promotion or can secure a coveted urban residency permit. The government revealed last year that it was also building a nationwide database that would score citizens on their trustworthiness.

Much of the project is shrouded in secrecy. The Ministry of State Security, which oversees counterintelligence and political security, doesn’t even have its own website, let alone answer phone calls. Only Wu, the engineer at China Electronics Technology, would speak on the record. He hinted at the scope of the data collection effort when he said the software would be able to draw portraits of suspects by cross-referencing information from bank accounts, jobs, hobbies, consumption patterns, and footage from surveillance cameras.

The program would flag unusual behavior, such as a resident of a poor village who suddenly has a lot of money in her bank account or someone with no overseas relatives who makes frequent calls to foreigners.

But don’t worry, this isn’t a “big data platform” designed to incriminate people before they’ve actually committed a crime (because that would be unequivocally bad, not to mention incredibly frightening).

This, China Electronics Technology will tell you, is merely “a united information environment.” Where the Politburo knows everything about you. And is watching you. All the time. And while the old system in China would happily scapegoat you for something you haven’t done and make you confess to it in a televised address, the new “united information environment” will convince you that unless you are buried under the jail now, you will do something wrong in the future.

Come to think of it, we’re not sure which is worse…