While Alex Jones is exuberant at the rise of The Donald, he is deathly concerned. Given that “the globalists are pure evil,” he exclaims, “they’re going to kill Donald Trump.”

It appears Trump himself is concerned as InfoWars reports, according to his former advisor Roger Stone, Trump now wears a bullet proof vest at all public appearances due to the sheer volume of death threats he receives on a regular basis.

Trump first began wearing the vest in October last year after after reports that the world’s most wanted drug lord El Chapo had put a $100 million bounty on his head. He also received Secret Service protection at around this time.

But, all of this is ‘trump’d by the sheer foolishness of NYTimes’ reporter Ross Douthat, who caused an outrage after he joked about how an assassination attempt could end Donald Trump’s presidential campaign.

He has since delted the tweet… but luckily we screengrabbed before it disappeared: 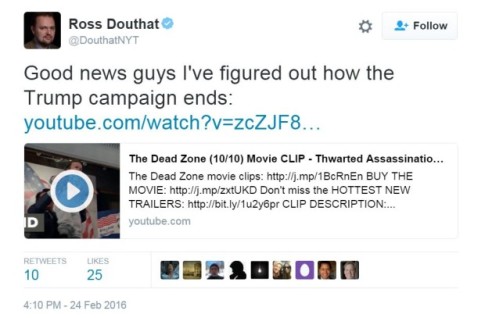 That said, we can’t even imagine what would occur if a right-leaning media organization “jokingly” commented about a Hillary assassination… 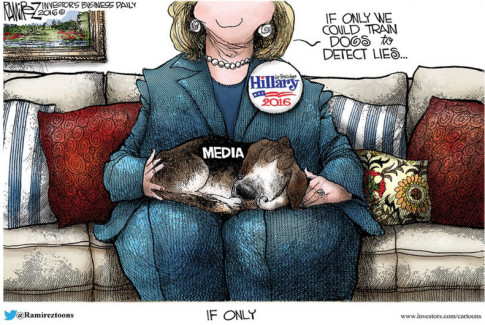 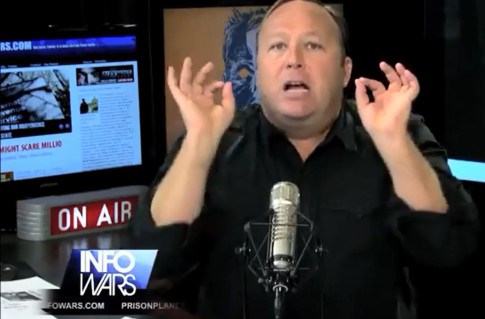