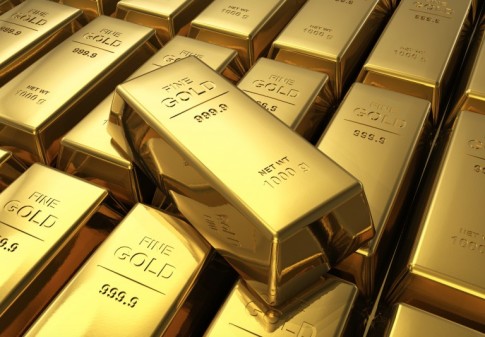 – The World Is Hoarding Gold: “This Was Just A Taste Of What’s To Come”:

Earlier this month, as retail investors lost confidence in the global economy and broader stock markets, an air of panic began to set in. Reports indicate the lines were literally forming around the block at gold stores throughout London and elsewhere. It was, by all accounts, the very scenario one might expect in an environment where trust in government and central banks has been eroded.

But it’s only the beginning, explains Auryn Resources executive chairman Ivan Bebek in an interview with SGT Report, as nation states and large investors are trying to get their hands on gold as fast as they can:

Before any big move in gold we have always seen extreme volatility or volatility pick up. This was just a taste of what’s to come in the next few years… We’ll look back at this and be reflecting on how minimal this move was compared to what’s going to happen as we go forward…

It’s a smart money trend… they can see where their countries are going… where the world economy is going… it’s surprising how late they are to the party… late to a very small door to get a bit of gold that’s out there… it’s going to be a remarkable reaction when that all comes to fruition. They’re just positioning themselves for what’s to come and that’s what they have to do. And getting back into the gold trade, the gold business and hoarding gold… they’re doing that because they see a very big gold market coming ahead like the rest of us.

And while there is most certainly big money moving into gold ahead of negative interest rates, a potential ban on high denomination cash bills and the global calamity to come, Bebek highlights the fact that retail investors haven’t yet begun to get involved on any meaningful scale. Many remain committed to the view of mainstream financial pundits and entrenched analysts talking their books, so they’re going to hold on to their more traditional investments until such time that they see everyone else panic. And when that inevitable rush to the exit door comes they’ll be looking to shift their capital into safe haven assets, along with the rest of the herd.

But just as there will be only one exit door for the mob trying to sell, there will also be a small entrance way for those looking to protect themselves with gold:

When you took the 2011 gold run to $1900… and you took the market cap of all the gold companies in the world… they would have fit into one big tech company on the NASDAQ. That’s how small the world gold investing market is.

This is the start of the turn and it’s a very small door, meaning there are very few gold investments to make. In a few years there will be hundreds of gold companies like ourselves, or even thousands like there were before.

It’ll be the place to put your money. At the same time, the early few years will be where most of the money is made percentage-wise.

What we saw in London a couple of weeks ago was a microcosm of what’s to come. Though there remain those like former Federal Reserve Chairman Ben Bernanke who say central banks and governments buy gold not because it’s money but because it’s tradition, that narrative, says Bebek, has fallen apart:

Five or six years ago they got onto that page, but now they can no longer say it. When you have China, Germany, Europe and all these world economies believing that it’s not a tradition… that they need to own it as a currency… it doesn’t matter what they say because the demand is so big worldwide… actions are bigger than words… the world is hoarding gold… they’re starting to go long gold… so that defeats the whole argument they have been making.

We know for a fact that the smart money including major global players like George Soros and Carl Icahn are gobbling up all the gold they can get their hands on. When the rush for the exit in global equities starts – and you better believe it will – there will be an equally panicked rush into safe haven assets.

We literally saw how small the door was as people lined up to get their hands on physical gold. Now imagine, as Auryn Resources’ Ivan Bebek noted, what that line will look like on a global scale and what it will do to gold prices.