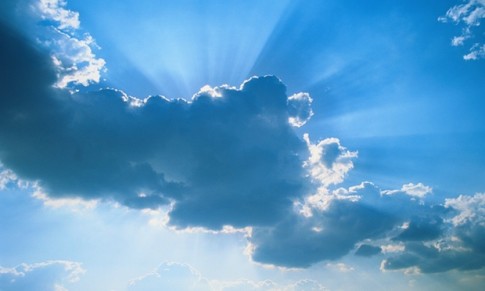 – Lack of vitamin D may cause multiple sclerosis, study finds:

Lack of vitamin D may be a direct cause of multiple sclerosis (MS), a study has found. The discovery may have important public health implications since so many people have insufficient levels of the essential vitamin, researchers say.

The findings may help explain why rates of MS, a potentially disabling auto-immune disease that damages nerve fibres, are higher in high-latitude regions such as northern Europe, which have fewer sunny days. Sunshine triggering a chemical reaction in the skin is the primary source of vitamin D.

Previous studies have suggested an association between lower vitamin D levels and a higher risk of MS. But now scientists have demonstrated a genetic correlation that points strongly to a causal link.

Scientists who scoured the DNA of 33,996 participants identified four single-letter variants in the genetic code that were closely associated with a vitamin D blood marker.

A comparison between thousands of MS sufferers and healthy individuals found that people whose genetic makeup was associated with a lack of vitamin D – meaning they had fewer of the biomarker variants – were at least twice as likely to have MS.

Writing in the online journal Public Library of Science Medicine, the authors, led by Dr Brent Richards from McGill University in Canada, wrote: “The identification of vitamin D as a causal susceptibility factor for MS may have important public health implications, since vitamin D insufficiency is common, and vitamin D supplementation is both relatively safe and cost-effective.

“The importance of these findings may be magnified in high-latitude countries, which have disproportionately higher rates of MS and also higher rates of vitamin D insufficiency.”

The research showed that every standard deviation decrease in genetic variants linked to the vitamin D biomarker doubled the risk of MS. Standard deviation is a statistical measurement of variation from an average.

The finding provided “strong evidence in support of a causal role of vitamin D in MS susceptibility”, said the scientists.

Vitamin D generated by sunlight is converted in the body into the blood marker 25-hydroxyvitamin D (25OHD). This is then further converted into the active form of the vitamin, calcitriol, which acts as a powerful hormone. 25OHD levels in the blood are considered the best indicator of a person’s clinical vitamin D status.

MS, which affects about 100,000 people in the UK, occurs when the immune system attacks the protective myelin sheath that surrounds nerve fibres and acts as an insulator. Nerve signals are disrupted, leading to symptoms that can range from mild tingling sensations to full-blown paralysis. In rare cases that progress rapidly, the disease can be fatal.

Dr Benjamin Jacobs, from the Royal National Orthopaedic hospital in London, said: “This study reveals important new evidence of a link between vitamin D deficiency and multiple sclerosis. The results show that if a baby is born with genes associated with vitamin D deficiency they are twice as likely as other babies to develop MS as an adult. This could be because vitamin D deficiency causes MS, or possibly because there are other complex genetic interactions.”

Prof Danny Altmann, an immunologist from Imperial College London, said: “Vitamin D is relatively cheap, safe and many of us would be all the healthier if we could achieve the serum levels that our ancient ancestors presumably acquired when roaming outdoors in temperate climates, unclothed and eating a diverse diet including oily fish.

“While it may be too much to expect therapeutic vitamin D to treat or reverse ongoing MS, this paper will add to the weight of argument for routine vitamin D supplementation of foodstuffs as a broad preventative public health measure.”

Dr Susan Kohlhaas, the head of biomedical research at the MS Society, said: “More than 100,000 people are affected by multiple sclerosis in the UK, so the potential link between vitamin D and the risk of developing MS is an incredibly crucial area of research.

“There are many unanswered questions around what causes MS so this large-scale study is an exciting step towards understanding more about the complex nature of the genetic and environmental factors that contribute to it.

“There are government guidelines around how much vitamin D people should take, and taking too much can lead to side-effects, so we’d encourage people to talk to their health professional if they’re thinking of doing this. We’d also welcome more research into this area, as we know it’s really important to people living with MS.”