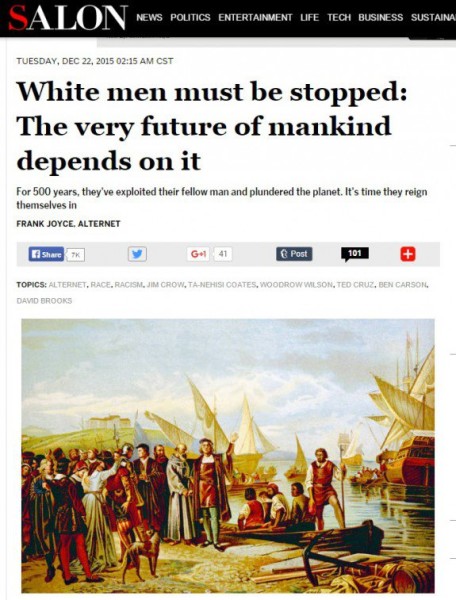 Admittedly, this encouraging development is hardly the dominant view. To the contrary, given the possibility that Donald Trump, Ted Cruz, Ben Carson or one of their ilk might become president, white supremacist ideology seems to be digging in harder than ever.

I don’t take this lightly. Once upon a time I foolishly thought that there was no way that Ronald Reagan could get elected president. Lesson learned. Now is the time to start contingency planning for intensified resistance to mass deportations of immigrants, atrocities against Muslims and extreme danger to African Americans…

1 thought on “Leading Far Left Website Salon.com: WHITE MEN Must Be Stopped for Future of Mankind”