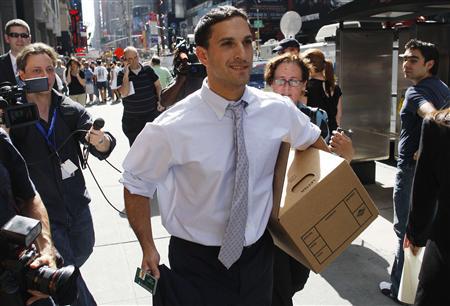 While it will hardly come as a surprise to its employees (who were warned a week ago that 25% of all fixed income workers would lose their jobs in the immediate future) most had hoped that the bailed out bank would at least have the ethics to wait with the layoffs until after the new year, now just three weeks away.

As Bloomberg reported moments ago, Morgan Stanley announced it would take a $150 million severance charge in the fourth quarter as the company pares back its fixed-income trading business to improve profitability. The charge will cover the cost of cutting 1,200 workers worldwide, including about 470 front-office employees in its fixed-income and commodities trading business, according to a person briefed on the matter.

As Bloomberg calculates, the cuts amount to 25% of Morgan Stanley’s traditionally best paid fixed-income trading staff, and other reductions came in infrastructure and support roles at the firm, said the person, who asked not to be identified because the figures aren’t public.

And since the layoffs are strategically timed to take place just before bonuses are handed out, New York is looking at a another sizable drop in year-end consumption that would have come from its best paid cadre of residents, bond traders, who instead will now be scrambling to find jobs (there are none) and failing that, to get out of the city where rents sternly defy the Fed’s deflationary narrative.