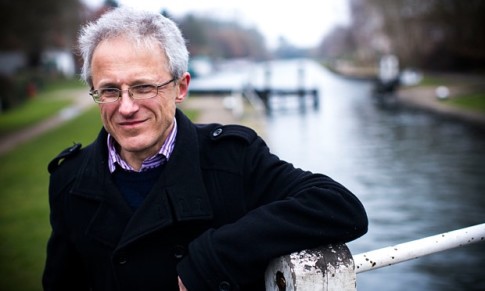 – Type 2 diabetes and the diet that cured me:

After receiving a shock diagnosis of type 2 diabetes, I followed an extremely low-calorie eating plan and saw my blood sugar levels rapidly return to normal

Why me? At 59 I was 10st 7lb, 5ft 7in, and had never been overweight. I ran and played cricket regularly and didn’t drink alcohol excessively. Yet at a routine check-up I was told that I had type 2 diabetes. In 10 years I could be dependent on insulin, it could affect my sight, feet, ears, heart and I had a 36% greater chance of dying early.

In type 1 diabetes, the body produces none of the insulin that regulates our blood sugar levels. Very high glucose levels can damage the body’s organs. Patients with type 2 diabetes, however, do produce insulin – just not enough to keep their glucose levels normal. Because I was fit and not overweight (obesity is a major risk factor in type 2 diabetes; however, a number of non-obese people, particularly members of south Asian communities, are also prone to it), my doctor told me I could control my condition with diet alone.

Desperate for information, I headed to the web, where I found a report about a research trial at Newcastle University led by Professor Roy Taylor. His research suggested type 2 diabetes could be reversed by following a daily 800-calorie diet for eight weeks.

When our bodies are deprived of normal amounts of food they consume their own fat reserves, with the fat inside organs used up first. The idea of Taylor’s diet is to use up the fat that is clogging up the pancreas and preventing it from creating insulin, until normal glucose levels return. With my GP’s blessing and a home glucose-testing kit, I began my experiment.

The diet was strict: three litres of water a day, three 200-calorie food supplements (soups and shakes) and 200 calories of green vegetables. Thanks to my doctor’s dietary guidance, and running three times a week, I had already lost a stone. Yet my glucose levels were still above 6mmol/L (millimols per litre), the upper limit for a healthy person without diabetes. According to Taylor, I had to lose a sixth of my pre-diagnosis bodyweight.

On the first full day, I weighed 9st 7lb with a healthy body mass index of 21. After reaching my target of 8st 12lb, I would be able to build myself up through exercise, as larger muscles use more energy, soaking up excess glucose before it is converted and stored as fat.

It wasn’t easy. Yet water staved off the worst hunger pangs. “If you feel hunger, celebrate the fact with a glass of water, even fizzy water,” Taylor said. By the third day, I weighed 9st 5lb.

On day four, my glucose levels had dropped to 4.6 after fasting for 10 hours overnight. It was the first time I’d ever scored a 4. But on day six, I felt really cold. It was mid-July but in the morning my fingertips were white and I had to wear a T-shirt, shirt, jumper and jacket to work. I was hungry, and just walking around the office was tiring. But I was down to 9st 3lb.

By day eight, I was being called the “disappearing man”, and began to feel a bit detached from my colleagues. While my energy levels were fine and glucose levels were 4.3mmol/L, constipation had set in, as a result of not drinking enough water. Thankfully, laxatives cured this. Taylor emailed to say my progress was so good, I  could come off the liquid diet and go back to normal foods.

By day 11, my glucose was 4.1, the lowest yet, and I was down to just 8st 13lb. The next day I treated myself to my first full evening meal of rice and fish, plus a chocolate shake to celebrate.

I waited two months to be sure, but on 24 September last year it was confirmed. Following a fasting glucose test at my surgery, my doctor declared: “The diabetes has resolved itself.” My glucose level was 5.1mmol/L, well below the diabetes mark of 6.

I had stuck to the diet for just 11 days and reduced my blood sugar to a healthy non-diabetic level. It has remained that way for the past seven months.

Others have also changed their lives through the diet. Carlos Cervantes, 53 and from the US, was at death’s door when he tried it. He weighed 120kg, suffered a heart attack in spring 2011, his eyesight and kidneys were failing and he faced having an infected toe amputated. He even had fungus growing out of his ears, feeding on his ultra-high blood sugar levels. But after seeing a TV report on the Newcastle research, he started eating only 600 calories a day, replacing the supplements with not just vegetables but fruit, lean chicken, turkey, occasional bread and a daily milkshake. Two months later he had lost 40kg and 18 months later he is still free of his type  2 diabetes.

Henry Cole, 67, from New Jersey, USA, did likewise. He saw a 20-second news clip on TV and took up the diet days later. He stuck rigidly to 600 calories daily from just protein (steak, chicken, turkey or fish) plus green veg, eating his one meal at 6pm most days, with coffee and calorie-counted cream for breakfast and 1.5 litres of water. His weight went down from 81kg to a stable 70kg on a now daily 1,500 cal diet, with his HbA1c level down to 5.6% from 6.9%.

Steve Vincent, 58, from Southampton, England, was diagnosed with type 2 in December 2010. He was told there was no known cure and he had an increased risk of heart attack, stroke, blindness and limb loss. He had a BMI of 29, weighed 93kg and showed an HbA1c of 10.7%. In summer 2011 he read the reversal story and went on a daily 600 calories green vegetable diet and three litres of water, for two months. At the end he was and remains diabetes-free. In December 2012 he told me: “All my blood test levels are within the normal range, and my cholesterol and blood pressure levels are now normal.” When he came off the diet he weighed just 72kg, although he has put on weight since then as he admits he has not been eating as healthily as he might, but his BMI remains at a healthy 24, and his HbA1c level is 5.5%.

Scientists are cautious, and research is continuing, but evidence is growing that the diet can indeed remove the symptoms of type 2 diabetes. The question for researchers, who are now working on identifying the type of diet that can keep diabetes at bay after reversal, is once we’ve beaten the condition, how do we improve our lifestyle so it doesn’t return? Watch this space.