When the US reached a debt ceiling deal in the beginning of November, it was common knowledge that there would be a debt accrual “catch up” to make up for lost time when the US was operating under emergency measures to avoid breach of the debt ceiling. And sure enough, when the accurate total debt number was released on November 2, this was indeed the case, when we learned that the US had added some $339 billion in debt during the “emergency measures” period.

However, what is unclear is how in the remaining 4 weeks of November, the US managed to add another $335 billion in total debt, bringing the total increase for the month of November to a whopping $674 billion, and total US debt to a record $18.827 trillion. 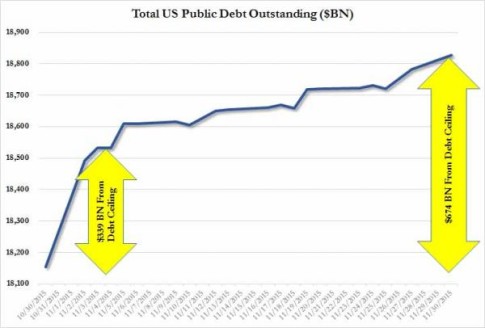 Also, just to preempt the question, the chart below shows the change in US debt under president Barack Obama: starting at $10.6 trillion on January 21, 2009, total debt is now up just over 77% under Obama’s tenure, to $18.8 trilion. At the current pace of growth, it may double by the time Hillary is sworn in as America’s next president. 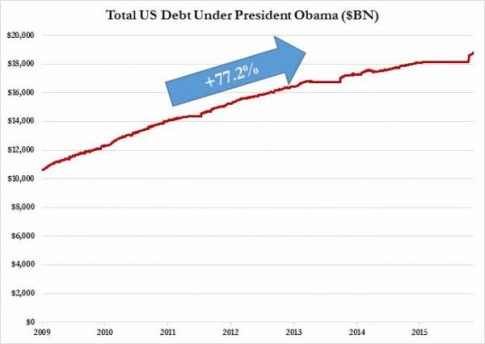