“After the CIA funded artificial mutation in Holland of H5N1 Bird Flu into the species barrier busting H7N9 which theoretically has a 60% death rate “success”, the potential to ‘f’ about with viral mutations to achieve the aims laid out on the Georgia Stones etc is enormous & quite frightening. 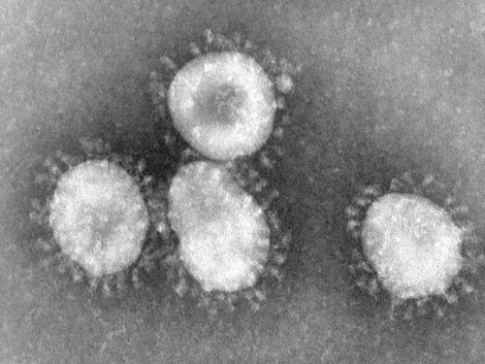 It’s been well over a decade since the SARS virus captured the attention of the world, and very nearly devastated the global population. Between 2002 and 2003, the virus managed to infect over 8000 people across 37 countries, nearly 10% of who were killed before the outbreak was fully contained. Now scientists have created a highly potent hybrid of the virus which has since been dubbed “SARS 2.0.”

The new strain is very similar to SARS, but is modified to be more contagious for humans. Essentially, it is a mix between a type of SARS that infects mice, and a new form of SARS that was recently found in Chinese horseshoe bats, called “SHC014.” The scientists who created the hybrid wanted to study this emerging virus, since they know it carries the potential to devastate human populations. According to Dr. Ralph Baric of the University of North Carolina, “The strain grew equally well to SARS in human cells,” and “It resisted all vaccines and immunotherapy, too.”

However, critics say that it is too risky to create these viruses, even if it’s in the relative safety of a laboratory. According to French virologist Simon Wain-Hobson, this hybrid strain “grows remarkably well” in human cells, and “if the virus escaped, nobody could predict the trajectory.” Wain-Hobson claims that SHC014 would still need to evolve before making the leap to humans, which may never occur. In other words, these scientists are trying to create a virus that could kill people and spread across the planet, so that they can study a virus that may or may not do the same.

“….air flowed into the next cage. killing all 40 exposed ferrets.”

“The discovery has led advisers to the United States government, which paid for the research, to urge that the details be kept secret and not published in scientific journals to prevent the work from being replicated by terrorists, hostile governments or rogue scientists.”