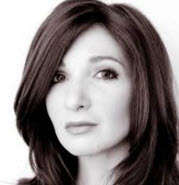 There is no such thing as isolated ‘Big Bank’ problems. Rather, complex products, risky practices, leverage and co-dependent transactions have contagion ramifications, particularly in emerging markets whose histories are already lined with disproportionate shares of debt, interest rate and currency related travails.

The notion of free markets, mechanisms where buyers and sellers can meet to exchange securities or various kinds of goods, in which each participant has access to the same information, is a fallacy. Transparency in trading across global financial markets is a fallacy. Not only are markets rigged by, and for, the biggest players, so is the entire political-financial system.

The connection between democracy and free markets is interesting though. Democracy is predicated on the idea that every vote counts equally, and in the utopian perspective, the government adopts policies that benefit or adhere to the majority of those votes. In fact, it’s the minority of elite families and private individuals that exercise the most control over America’s policies and actions.

The myth of a free market is that every trader or participant is equal, when in fact the biggest players with access to the most information and technology are the ones that have a disproportionate advantage over the smaller players. What we have is a plutocracy of government and markets. The privileged few don’t care, or need to care, about democracy any more than they would ever want to have truly “free” markets, though what they do want are markets liberated from as many regulations as possible. In practice, that leads to huge inherent risk.

Michael Lewis’ latest book on high frequency trading seems to have struck some sort of a national chord. Yet what he writes about is the mere tip of the iceberg covered in my book. He’s talking about rigged markets – which have been a problem since small investors began investing with the big boys, believing they had an equal shot.

Nomi Prins explores bank conspiracy, collapse and the failure of the Federal Reserve…