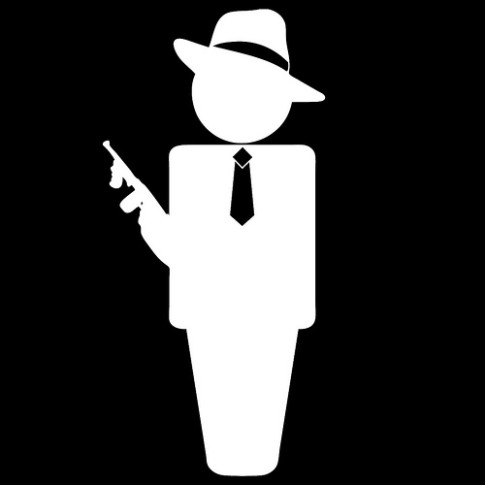 – Cosa Nostra cashing in on the refugee crisis:

The Cosa Nostra is what is known to be “the Sicilian Mafia.” Founded in the 19th century and quickly ascending to international influence on multiple continents. It was so successful in its secrecy that the very name of the organization was not known to any outsiders until the 1963 court testimony of mafia member Joseph Valachi. Now, the Cosa Nostra has taken to the people smuggling business. So much so that recent Italian police investigations have caught one mafia member stating: “Do you know how much we earn off migrants? Drugs are less profitable.”

This brings in other questions. For one, the Egyptian and Libyan human smugglers that pay the Cosa Nostra are getting their money from where? These refugees are usually very poor and are often in debt to their traffickers once settled in Europe or America. They often pay off the debt by agreeing to pay tributes to their handlers, but also by doing favors–agreeing to use their home as a safe house for other smuggled in immigrants; holding onto a stock of weapons or drugs for some unscrupulous organizations; or commit certain unscrupulous acts themselves. Whereas the Cosa Nostra provides safehouses for migrants and recruits many of them to be drug-pushers, unscrupulous favors asked for by their Muslim handlers may be more notorious. Once again, where do these Arab human-smugglers get their money?

Eric Reguly via The Globe and Mail:

On the night of March 21, 2011, a big Egyptian fishing boat, 25 metres long, with a green steel hull and blue superstructure, arrived off the eastern coast of Sicily. The boat stopped about 20 kilometres short of Riposto, a seaside town in the shadow of Mount Etna, and waited. On board were 190 migrants and crew members – mostly Egyptian, a few of them Libyan.

The process of smuggling the migrants onto Italian soil, then into northern Europe, would soon start. Two smaller boats arrived to take the migrants to shore. The boats were owned by the family of Salvatore Greco, a top member of the Brunetto Mafia clan in eastern Sicily.

To the smugglers’ surprise, a third boat arrived – a police boat. Suddenly, Mr. Greco’s smuggling operation was dead in the water.

What Mr. Greco and his Egyptian associate, the smuggling kingpin Mohamed Badawi Hassan Arfa, did not know was that the Sicilian police had been monitoring their cellphone conversations since 2010. Based on the series of arrests and convictions after the smuggling voyage was intercepted, Sicilian police and prosecutors are certain the Mafioso and the Egyptian were part of an elaborate smuggling network that included money men in Milan and safe houses for the migrants, and that they had arranged five or six boat trips before they were busted.

Prosecutors say the Sicilian Mafia, known as the Cosa Nostra, and possibly other Italian Mafia groups must consider the Mediterranean refugee crisis manna from heaven. “Behind the smugglers, there is a multibillion-dollar business – and that of course attracts the Mafia,” said Maurizio Scalia, a prosecutor in the Sicilian capital, Palermo, who is investigating smuggling networks and sharing his findings with European investigators.

As far as Sicilian prosecutors can tell, the Greco family smuggling case has not been replicated elsewhere on the island to the same extent, though they are not ruling it out, given the lure of shaking down migrants for small fortunes.

But smuggling was not the Mafia’s only honeypot. In Sicily, there are no fewer than three official investigations into possible Mafia control of the companies that provide food, clothing, medicine and other vital services to the refugee camps. Prosecutors also say the Mafia is almost certainly providing logistical support to migrants – housing them once they arrive in Italy and arranging their transportation to job-rich northern Europe.

Read rest of the article here.