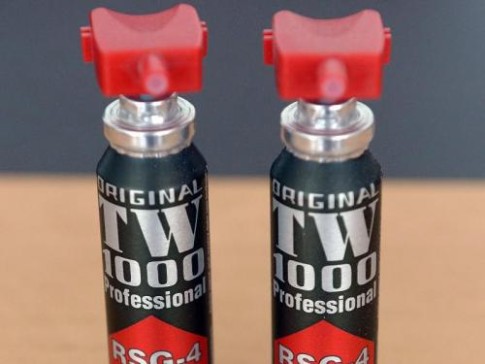 – Germany Sells Out Of Pepper Spray As “Frightened Germans Buy Protection Against Refugees”:

Despite occasional videos of angry Germans protesting at what has become the biggest “foreign invasion” of Europe since World War II, the German popular response to the wave of migrants, which is now expected to top 1 million in 2015 has been relatively calm. Fear (and anger), however, are building beneath the otherwise calm surface.

According to a report by Focus, following a 600% surge in sales over the past two months, Germany has run out of pepper spray, and the irritating substance can now only be purchased after weeks of waiting. Focus says that according to pepper spray manufacturers, “frightened Germans” have bought out all the available inventory. The alleged reason, according to the German publication: “die Flüchtlingskrise“, or the refugee crisis.

Focus goes on to say that in private, Germans are equipping themselves “massively.”

“There is fear” explains Kai Prase, managing director of DEF-TEC Defense Technology GmbH in Frankfurt, one of the major producers of repellents. “For the past six to seven weeks we have been practically sold out.”

Compared to last year, orders have increased by more than 600 percent in the past two months. Only partial deliveries are possible Prase told FOCUS. The waiting period has already reached about five weeks.

The punchline: the reason producers and distributors give as the surge in demand is “the huge influx of refugees in recent weeks which has apparently unsettled many people.”

Their concern is understandable.

It will be even more understandable when the Germans, traditionally one of the most fiscally conservative nations, realize that the cost to house just the 1.1 million in refugees that already have or will arrive in Germany by the end of the year, is now said to be $22.5 billion.

That is the cost estimate of the German IFO research institute, and which is now more than double its prediction in September, as CNN reports.

Putting this number in US context, it would be the equivalent of nearly $100 billion spent to house a record influx of 4-5 million immigrant in just a few months.

For now the only winner emerging in of the entire refugee crisis, is the ECB which thanks to the surge in refugees, and the spike in German fiscal deficit, will mean Germany has to issue tens of billions in additional debt: debt which the seller-deprived ECB will gladly gobble up to extend the life of Europe’s Q€ by a few extra weeks.