Have no fear America, because General Nagata is about to take a “senior” counterterrorism position which means the country will be protected from extremism by the kind of “creative thinking” that sent 60 undertrained fighters into the most dangerous place on earth “ill-prepared for an enemy attack” with “no support from the local population” and “poor intelligence about their foes.” 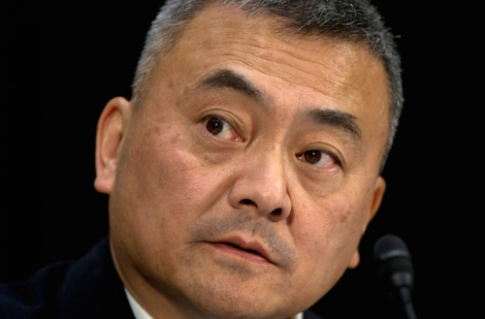 – General In Charge Of “Total Failure” Syrian “Train And Equip” Program Gets Promotion:

The US effort to train and equip Syrian freedom fighters battling to bring democracy to Damascus and usurp a brutal dictator has been a smashing success (count the instances of sarcasm there).

Take ISIS for example. The Pentagon knew that the opposition groups the West and its regional allies were supporting could morph into something beyond anyone’s control. Recall the following passage from a secret DoD document dated 2012: “If the situation unravels, there is the possibility of establishing a declared or undeclared Salafist Principality in eastern Syria (Hasaka and Der Zor), and this is exactly what the supporting powers to the opposition want, in order to isolate the Syrian regime, which is considered the strategic depth of the Shia expansion (Iraq and Iran).” Well, the situation did “unravel” and sure enough, one group of former “freedom fighters” metamorphosed into a band of sword-wielding, black-flag waving desert bandits who did indeed establish a Salafist Principality in eastern Syria with a “capital” at Raqqa.

And while that surely takes the top spot on the list of “most absurd outcomes from US meddling in Syria” a close second was this year’s “train and equip” program run by the Pentagon.

This was a separate program from those run by the CIA (which supports the Free Syrian Army that’s now under siege by Russia and Iran) and the aim was to appropriately “vet” as many as 5,400 anti-ISIS (supposedly) fighters by the end of the year.

The embarrassments began in earnest in July when the group (which numbered barely more than 50 at the time) had its commander and deputy kidnapped by al-Qaeda, who had already played spoiler to another group of US fighters in 2014.

But the real punchline came last month when, in an update to Congress, Gen. Lloyd Austin, head of the U.S. Central Command and Undersecretary of Defense for Policy Christine Wormuth admitted that only “four or five” fighters from the train and equip program remained in battle.

As we quipped at the time: “So the only thing that the DoD’s estimate of the actual number of fighters currently on the ground has in common with the Pentagon’s original goal of recruiting 5,400 by the end of the year, is that both figures have a ‘4’ and a ‘5’ in them.”

The assessment from Sen. Kelly Ayotte (R-N.H.) and Sen. Jeff Sessions (R-Ala.): “Let’s not kid ourselves, that’s a joke. This is just a total failure.”

But when it comes to US foreign policy in the Mid-East, failure is of course rewarded which explains why Maj. Gen. Michael K. Nagata who, because he was commander of American Special Operations forces in the Middle East, was ultimately responsible for the above mentioned “total failure”, is now set to be rewarded and promoted. Here’s The New York Times:

The Army general in charge of the Pentagon’s failed $500 million program to train and equip Syrian rebels is leaving his job in the next few weeks, but is likely to be promoted and assigned a senior counterterrorism position here, American officials said on Monday.

The officer, Maj. Gen. Michael K. Nagata, is stepping down as commander of American Special Operations forces in the Middle East, which made him responsible for the training program that ultimately produced only a few dozen fighters. That was a far cry from the 15,000 fighters that the program was going to train over a three-year period when it was formally started in December.

General Nagata has been in the Special Operations job for more than two years and was overdue to switch assignments as part of the military’s regular rotation of senior officers, the American officials said. The setback in training Syrian rebels does not appear to have derailed his career as one of the Army’s rising stars.

He is in line to be awarded a third star, to lieutenant general, and take a senior position at the National Counterterrorism Center in Washington, said officials who emphasized that the decision was not yet final.

General Nagata has also earned a reputation for creative thinking. Last year, he assembled an unofficial brain trust beyond the traditional realms of expertise within the Pentagon, State Department and intelligence agencies, in search of fresh ideas and inspiration for how to combat the Islamic State. Business professors, for example, were asked to examine the Islamic State’s marketing and branding strategies.

Training the Syrian rebels, however, proved to be a star-crossed task. In late July, many of the first 54 Syrian graduates of the military’s training program and the rebel unit in which they served came under attack by the Syrian affiliate of Al Qaeda. Classified military assessments later concluded that the rebels were ill-prepared for an enemy attack and were sent back into Syria in numbers that were too small. They had no support from the local population and had poor intelligence about their foes.

So have no fear America, because General Nagata is about to take a “senior” counterterrorism position which means the country will be protected from extremism by the kind of “creative thinking” that sent 60 undertrained fighters into the most dangerous place on earth “ill-prepared for an enemy attack” with “no support from the local population” and “poor intelligence about their foes.”