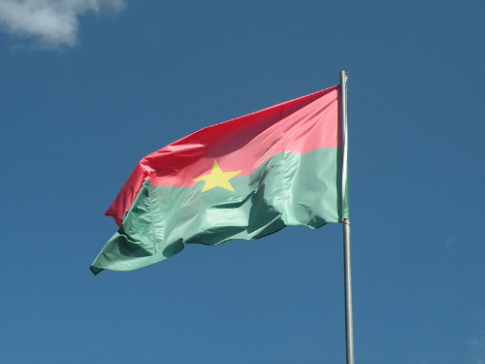 – Did the US Government Just Back a Coup in Burkina Faso?:

For the second time in nearly two years, the government of the West African nation of Burkina Faso was taken over by a military coup early Thursday morning. The transitional government that had been established by the military, following the overthrow of President Blaise Compaoré in 2014, has been abolished. However, the perpetrators of this coup aren’t ordinary soldiers. They are Compaore’s former presidential guard, who act independently of the regular military.

President Compaoré had been overthrown after 27 years of rule, after he tried to amend the constitution to allow him another term in office. After protesters stormed the nation’s parliament building, Compaoré dissolved the government and declared a state of emergency. The military formed a temporary government that would keep the country together until the next election, and Compaoré ultimately fled to the Ivory Coast. The election was scheduled for next month, before his loyal guards took over the government.

Further complicating matters is the US military’s known presence in the country. Under Compaoré, Burkina Faso was a hub for US intelligence operations in West Africa. US Special Forces operated a small airbase supported by private contractors, that ran surveillance operations against Al Qaeda affiliates and other militant groups. While it’s hard to say what their current presence looks like, the US government certainly wasn’t happy about losing Compaoré. This is what they said after he was overthrown last year.

Burkina Faso hosts French special forces and serves as an important ally of both France and the United States in the fight against Islamic militants in West Africa.

The United States called on Burkina Faso’s military “to immediately transfer power to civilian authorities” in order “to move immediately towards free and fair presidential elections.

“The United States condemns the Burkinabe military’s attempt to impose its will on the people of Burkina Faso,” State Department spokeswoman Jen Psaki said in a statement released Saturday.

Which begs the question, did our government have anything to do with the most recent coup? Are they trying to restore the power of their former ally? It’s hard to answer that question, due to the credentials of the Colonel that took Compaore’s place in November of 2014.

The army officer who has seized power in Burkina Faso amid popular protests in the West African country was twice selected to attend counterterrorism training programs sponsored by the U.S. government, U.S. military officials said.

Lt. Col. Isaac Zida, the former deputy commander of the presidential guard, emerged Saturday as the country’s ruler — at least on an interim basis — after angry demonstrators attacked government buildings and forced Burkina Faso’s longtime strongman to flee the country.

In 2012, when he was a major, Zida attended a 12-day counterterrorism training course at MacDill Air Force Base in Florida that was sponsored by the Defense Department’s Joint Special Operations University, said Army Lt. Col. Mark R. Cheadle, a spokesman for the U.S. Africa Command.

That same year, Zida attended a five-day military intelligence course in Botswana that was financed by the U.S. government, Cheadle said…

…Although the training he received was relatively brief, Zida’s experience carries echoes of other African military officers who went on to topple their governments after being selected by the U.S. government for professional military education courses.

As per usual, our government produces the fog of war everywhere it goes, and it’s nearly impossible to tell whose side they’re on in any of their numerous secret wars across the globe.