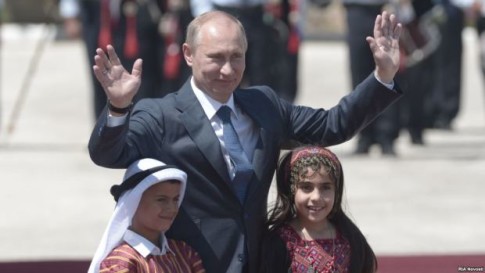 THE JEWISH CHRONICLE – Russia’s decision to deploy warplanes and military units to Syria could have far-reaching implications beyond the ongoing civil war. It is already driving a wedge between Jerusalem and Moscow.

On Wednesday, Prime Minister Benjamin Netanyahu’s office said he would fly to Russia to voice Israel’s concerns over the deployment.

Most of the disagreements between the two countries in recent years have been around the supply of Russian arms to Israel’s enemies – particularly Iran, Syria and Hizbollah. However, at no point – not even when Israeli experts found evidence that IDF armoured vehicles had been destroyed by the most advanced Russian anti-tank missiles during the Second Lebanon War – did the accusations and counter-accusations come to the surface.

The announcement of a sudden visit by Mr Netanyahu to his Russian counterpart is an unprecedented public admission of a crisis between the two countries.

Of course, there is nothing new about Russia’s support for the Assad regime in Syria. Moscow has given the regime diplomatic backing, shielding it from UN resolutions and other international sanctions, and has continued to supply arms and service Russian-supplied weapons systems.

What has changed in recent weeks is both the scope of this military assistance, with entire units reportedly being deployed to the Latakia region on the Mediterranean coast, and the heightened level of co-operation between the Russians and Assad’s other backers – Iran and their proxies Hizbollah.

The main Israeli concern is that the Russian involvement will shield both Iranian and Hizbollah fighters, allowing them to further plans to build a terror infrastructure on Israel’s Golan border. Israel also fears that the Russian military will provide cover for more advanced weapons to be smuggled from Syrian army bases to Hizbollah in Lebanon.

Russia has portrayed its involvement in Syria as putting “boots on the ground” in the fight against Daesh. Few in the region – or in Russia or Ukraine – buy this version. Many believe that Mr Putin is trying to use the struggle against Daesh as a way to get Russia out of the international isolation caused by its invasion of Ukraine.

The Russian insistence on keeping Assad in power has tainted this effort but Mr Putin has once again outmanoeuvred the West, which has not come up with any solution to the Syrian war. The Obama administration has criticised the latest Russian moves, as have a number of European governments, but so far, Israel is the only nation that is intervening with Mr Putin directly.