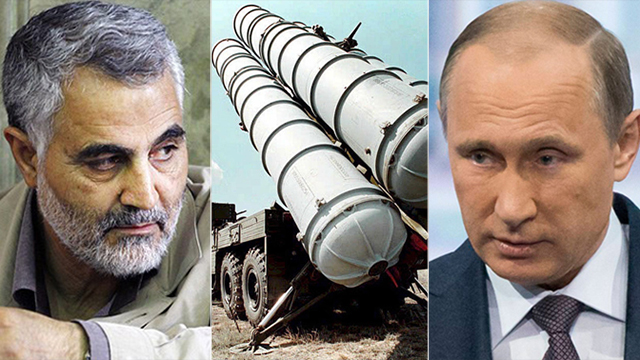 When Zero Hedge first reported ten days ago that Russian troops, in their bid to support the Assad regime in its ongoing confrontation with various ISIS, Al Nusra, and other US-supported groups in what has become the proxy war of 2015 (one which even comes with thousands of refugees for dramatic media impact) had been quietly massing in Syria and have set up a forward operating base near Damascus, there were those who were openly skeptical.

Then, just a few hours ago, Bloomberg finally confirmed that “top officials were scheduled to meet at the National Security Council Deputies Committee level to discuss how to respond to the growing buildup of Russian military equipment and personnel in Latakia” and that Russia is “set to start flying combat missions from a new air base inside Syria.”

So yes, for whatever reason (and the reason as we explained is clear: natural gas pipelines) Russia is making not only its increasing support for Assad known, but also that it is in Syria and that any further US-funded and supported incursions by ISIS or whatever is the media scapegoat terrorist organization du jour, will not be tolerated.

To be sure, none of this is in any way a surprise to the US – just as the US is using ISIS as a pretext to invade or pressure any mid-east nation it desires “in order to hold the jihadist terrorist scourge”, so Russia is now using ISIS as a comparable excuse to intervene. After all, if ISIS is the friend of humanity, then surely Russian aid will be welcome. That it is not, had made it abundantly clear that not only is ISIS just a convenient diversion, but the reasons for a Syrian invasion and deposition of Assad, are purely political and entirely in the realm of real-politik. Also, Russia’s return to Syria in greater numbers is no surprise to anyone in the Pentagon – this was merely the long-awaited escalation of the foreplay that started when ISIS mysteriously emerged on the scene just over a year ago.

But in the latest twist in what we have been warning for months has the makings of the biggest proxy shooting war in years, one that will come as a major humiliation to the Obama administration, today we find out that none other than America’s most recent diplomatic sweetheart in the Gulf region, Iran, has deployed ground soldiers into Syria in the past few days in cooperation with Russia’s President Vladimir Putin.

This answers our question from earlier this week:

So as the coalition drives towards Sana’a – which the Saudi-owned al-Hayat newspaper says will be “liberated” after a “decisive battle” in Marib – and as Turkey, the US, Saudi Arabia, Jordan, and Qatar mull options for the final push to oust Assad in Syria, the only remaining question is whether Iran will remain on the sidelines and allow the Houthis to be routed and Assad deposed, or whether, like Moscow, Tehran finally decides that the time for rheotric has come to an end.

And on that note, we’ll close with the following from AP: “Iran’s foreign minister on Monday criticized demands for the resignation of Syrian President Bashar Assad, saying such calls have prolonged the Arab country’s civil war. Mohammad Javad Zarif went so far as to say that those who have in the past years demanded Assad’s ouster “are responsible for the bloodshed in Syria.”

And so, Iran appears to have picked its side, and knowing that it has Obama wrapped around its finger as part of Obama’s huge “diplomatic coup” of restoring relations with Iran as part of the Nuclear Deal (since any backtracking would further embarrass the US president) and can pivot in any direction in the Syrian conflict, it has decided to side with Russia and Syria.

According to Ynet, a further said that the increased military involvement in Syria was “due to Assad’s crisis and under Russian-Iranian cooperation as a result of a meeting between Soleimani with Russian President Vladimir Putin.”

Where things get even more complicated, is that while Israel would do everything it can to turn public opinion against Iran, especially if it is now involved in the Syrian debacle, Israel still has cordial relations with Russia: “We have dialogue with Russia and we aren’t in the  middle of the Cold War,” said the source. “We have open channels with the Russians.”

So what does Iran joining the conflict really mean?  “It’s hard to forecast whether Russia’s presence will decide the fate of Syria, but it will lengthen the fighting and bloodletting for at least another year because ISIS won’t give up,” said the source.

In other words, unless even more foreign powers intervene, you know “to stop ISIS” by focusing all their firepower on attacking or defending Assad, the Syria conflict will drag on indefinitely with an unknown outcome. Which in turn begs the question: how long will Israel keep out of the war, and if it decides to join whether it be using one of the more traditional, false flag methods to enflame public opinion against Iran. Who will be collateral damage then.

One thing is certain: with the GOP unable to block the Iran nuclear deal in the Senate, should it emerge and be confirmed, that Iran is indeed present, then Obama will be faced with the biggest diplomatic headache in his administration’s history, namely the explanation of why he is scrambling to restore diplomatic connections with a regime that couldn’t even wait for the Iran deal to be formally passed before it turned its back on its newest “best friend” in the Oval Cabinet, and promptly side with the KGB agent who over the past two years has emerged as the biggest US enemy in three decades.

Furthermore, it also means that now Russia suddenly has the media leverage in its hands: a few “leaked” photos of Iran troops to the press and the phones in the US Department of State will explode.

But the most important news is that, as we warned previously, with every incremental party entering the Syria conflict, the probability of a non-violent outcome becomes increasingly negligible. And now that Iran is involved, it means that both Israel and Saudi Arabia will be dragged in, whether they like it or not.