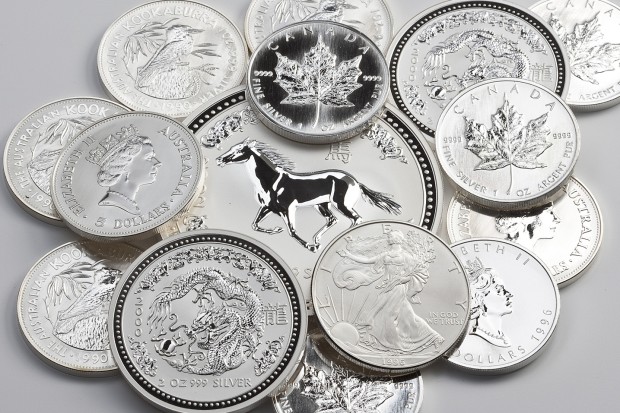 In the aftermath of the latest breakout of the Greek crisis, Europeans across the continent, not just in Greece (even though with capital controls, potential deposit confiscation and currency devaluation they would have benefited by far the most), scrambled to buy physical gold and silver.

This is what the UK Royal Mint said a week ago, “During June, we experienced twice the expected demand for Sovereign bullion coins from our customers based in Greece.”

Other dealers had comparable experiences: “Most of our common gold coins are sold out,” Daniel Marburger, a director of Frankfurt-based CoinInvest.com, said by phone. “When people learned that the Greek banks will be closed, they started to think that it may not be such a bad idea to have some money in gold.”

GoldCore, which buys and sells bullion, reported coin and bar demand increased “significantly” on Monday. Sales to U.K. and Ireland today are about three times the average level for the past three Mondays, according to an e-mailed statement from the Dublin-based firm.

BullionVault, which operates the largest online physical gold trading platform, reported a jump in sales during the first half of this year, a sign of a broader increase.

Earlier today, we learned that the latest place that hit by the precious metal scramble was the US itself, when we learned that the US mint had suspended Silver Eagle sales as a result of a spike in demand, with our source advising that “all bullion distributors (like A-Mark, Dillon Gage, CNT, etc) were already raising premiums.”

And while the US Mint rarely issues press releases to confirm such adverse matters, moments ago this was confirmed by Bloomberg:

When will the Mint restock and resume sales?

In other words, no orders until August.

And while the US mint halting sales of silver (or gold) during times of peak demand is nothing new, what is surprising is that as the chart below of monthly silver American Eagle sales, demand in recent months has hardly been off the charts. 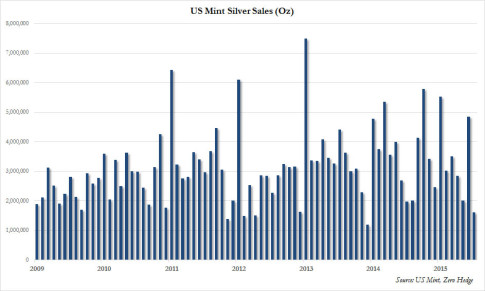 Which makes one wonder: just what is the inventory buffer at the mint if a modest 1.6 million ounces of silver sold in one week can deplete the Mint’s planned holdings for one entire month.

And another question: in just what supply/demand universe does such an explicit confirmation of a surge in demand for silver result in a plunge in the price of spot silver to its lowest level of the year!? 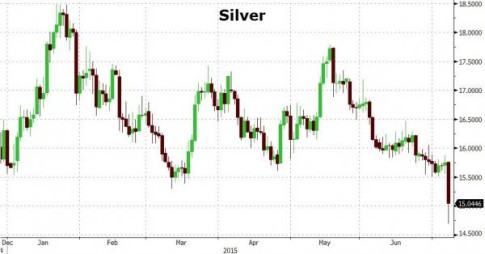 One wonders if Citigroup, and its soaring silver derivative exposure, may have anything to do with this… 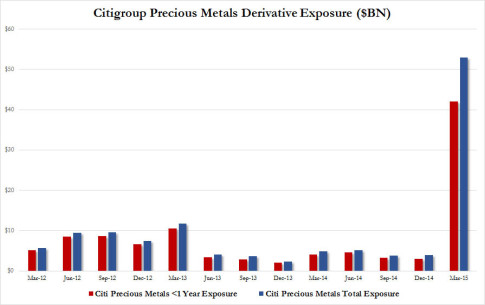