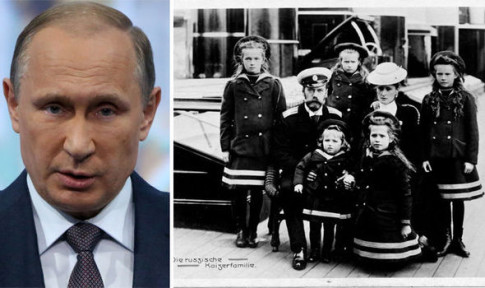 VLADIMIR PUTIN ‘wants’ to reinstate the Russian royal family and move them into an ancient palace once occupied by the last Tsar Nicholas II.

The Romanov family’s extraordinary return would not threaten the rule of the Kremlin strongman but would aim to give them a role in unifying Russia.

The move proposed by Vladimir Petrov, a law maker from Putin’s party, has prompted speculation that it has the Russian leader’s direct approval.

Petrov also plans to introduce a law, which would be implemented by the centenary of the end of Imperial rule, which would “give the Royal family members a special status” and “stimulate their return to Russia”.

The legislator has written letters to the heirs of the Romanov dynasty, which ruled the country for two centuries before the abdication of last Tsar Nicholas II ahead of two revolutions in 1917.

The following year the Romanov family – Nicholas and his wife Tsarina Alexandra and their five children Olga, Tatiana, Maria, Anastasia and Alexei – were executed by Bolsheviks led by Yakov Yurovsky under the orders of the Ural Soviet.

Petrov has written to Grand Duchess Maria Vladimirovna and Prince Dimitri Romanovich urging them to return to Russia to become symbols of national culture in order to “revive the spiritual power of Russian people”.

The leaked letter read: “Throughout the history of its reign, the Imperial dynasty of the Romanovs was one of the pillars of Russia’s sovereignty.”

The country now “goes through a difficult process of restoring the country’s greatness and returning its global influence” and “members of the Romanov House cannot stay aloof from the processes taking place in Russia now at such an important historical moment”. 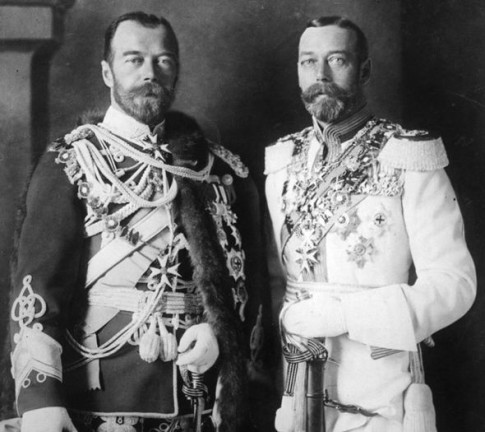 Throughout the history of its reign, the Imperial dynasty of the Romanovs was one of the pillars of Russia’s sovereignty

It states: “I am sure that a return of the descendants of the last Russian ruler to the historic homeland will contribute towards smoothing of political contradictions left since the October Revolution, and will become a symbol of the revival of the spiritual power of Russian people.

“The Royal family descendants might play an important symbolic role in Russian society.

The royals would be returned to one of the great Romanov palaces including Ropshinsky or Pavlovsky, near St Petersburg, or the grand Livadia Palace in Crimea, annexed by Putin from Ukraine last year.

The letter continued: “Until now, many of Tsar family’s palaces stay empty or are used for a wrong purpose.

“I think that it would only benefit everyone if one of such palaces in Leningrad region will be used as an official residence.”

Alexander Zakharov, director of Romanov Imperial House in Russia, hinted that some representatives of the dynasty were ready to return to Russia.

He said: “The Imperial House has repeatedly said that it is ready to come back to Russia for permanent residence, and our representatives spend increasingly more time in Russia and feel eager to move.

“Duchess Maria Vladimirovna could have returned any moment as a private citizen, but since she heads the Imperial House and bears responsibility to the ancestors, her return must be decent.”

Mr Zakharov said that she was not seeking a lavish palace, adding: “She claims neither real estate rights, nor political powers and privileges, but she wants the Imperial House to be a historical institution and part of the country’s historical heritage.” 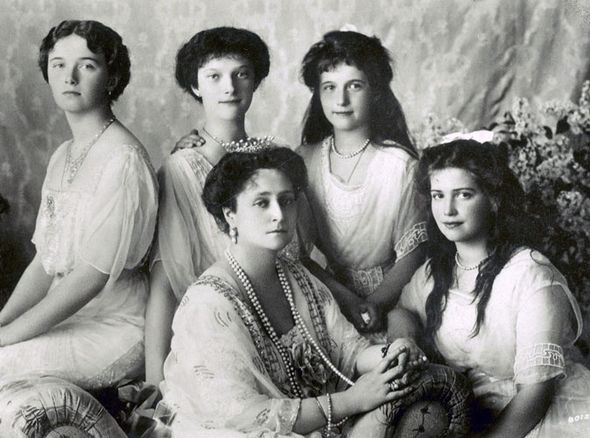 There are some theories which suggest Anastasia Romanov, far right, survived Bolshevik revolution

But he stressed that the deposed royal family should not be dragged into political games in modern Russia.

“The Imperial House does not take part in any political fights,” he added, warning that there were groups seeking to “exploit the royals.”

But Sergey Markov, head of the Institute of Political Studies, argued that a return of the Romanovs would have little influence on a modern Russia.

He added: “Most of the countries pay no respect to Imperial Houses, except for Great Britain and the Netherlands.

“People in Russia treat the Romanovs either as victims because they were shot by the Bolsheviks, or as traitors who behaved irresponsibly during the critical years of the monarchy.

“Many believe that it was Nicholas II’s abdication that provoked civil war.”

With many splits among the Romanov family, a return could provoke deep conflicts.